SpaceX and the potential of commercial space travel 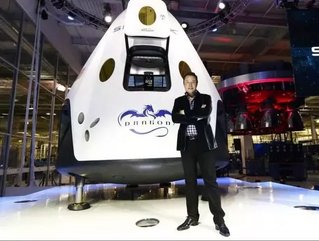 The human race has always been interested in exploring the frontier of space. From NASA’s first manned space flights with astronaut Alan Shepard in 1961, to Neil Armstrong of Apollo 11 stepping foot on the surface of the moon in 1969, advances in space travel are big news. Our fascination with “the great beyond” continues to this day, portrayed in the popularity of such popular Hollywood movies as “The Martian” and “Gravity.”

The Odds of Regular People Traveling To Space

In real life, widespread space travel has never been more of a likelihood than now. The first man to spend the longest consecutive time is space was Scott Kelly, who just recently completed NASA’s One Year In Space Program. Scientists were able to extensively study the long term effects of space on the body, comparing Kelly to his identical twin back on Earth.

SpaceX Is Making Space Travel a Reality For Everyone

It has long been a priority to get astronauts up into space, but what about the average citizen? Imagine being able to freely travel in space. It might be closer than you think. Commercial space travel is being explored by the company, SpaceX. Headquartered in California, and founded in 2002 by Elon Musk, who acts as the CTO (Chief Technology Officer), SpaceX’s main goal is to encourage space travel, and eventually be able to sustain human life on another planet.

Closer To The Goal of Colonization

SpaceX routinely launches rocket ships and spacecraft in pursuit of this goal. Elon Musk himself says that he hopes to land a human on the surface of Mars in the next 10-20 years, and have a colony there by 2040. Lofty goals, maybe but it’s exciting to see a private corporation partner with NASA on a 1.6 billion dollar contract to pursue life in space.