SpaceX set to announce first passenger to the moon 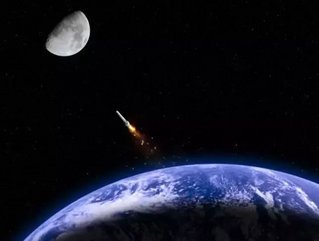 SpaceX announced via Twitter on 13 September that it has officially signed its first private passenger for a trip to the moon on its Big Falcon Rocket (BFR)
The announcement marks “an important step toward enabling access for everyday people who dream of traveling to space”, the tweet read.
Elon Musk’s aerospace company will name the passenger on 17 September.
Its in-development BFR is one of two rockets that SpaceX has been working on, although Musk announced earlier this year that the company’s focus is now firmly on the BFR as its commercial rocket.
The Falcon Heavy, SpaceX’s other spaceship system, was debuted as the world’s most powerful operational launch vehicle shortly before Musk announced the company’s shift in focus.
In 2017 it was announced that two unnamed people had signed a deal to take a trip to the moon aboard the Falcon Heavy, although SpaceX has not released the financial details of the deal or the identities of its would-be passengers.
CNN Tech reported Musk as having said, “You could send people back to the Moon [on the Falcon Heavy]”.
“But I wouldn’t recommend doing that, because I think the new architecture, the BFR architecture, is the way to go”.
See more:
Any commercial rocket produced by SpaceX is still likely to be many years from its maiden flight.
Musk himself, “known for highlight optimistic timelines” according to CNN, set an ambitious timeframe for the company’s testing phase.
He reportedly said that the spaceship element of the BFR would begin tests in 2019 with a full system launch in 2022.
SpaceX’s COO, Gwyne Shotwell, gave a more open timeframe of “within a decade”.
Elon MuskSpaceXbig falcon rocketgwynne shotwell
Share
Share