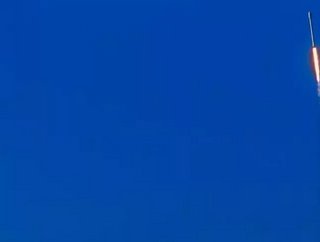 In a live stream to the world from the Kennedy Space Centre, SpaceX successfully launched the world’s most powerful rocket, the Falcon Heavy, for the first time.

The Falcon Heavy is able to lift over twice the payload of the next most powerful rocket in the world, at just one third of the cost. Composed of three Falcon 9 engine cores and 27 Merlin engines, the Falcon Heavy provides a massive five million pounds of thrust at lift-off.

Located in Cape Canaveral, Florida, the rocket successfully launched from the space centre, carrying one of Elon Musk’s Tesla Roadsters into space. As expected, its two rocket cores successfully detached and touched back on earth at the designated landing pads, using SpaceX’s innovative controlled landing technology in the aim of making such cores reusable and space travel significantly cheaper.

Although the centre core did not land as intended on one of the company’s drone ships in the Atlantic Ocean, the launch was an incredible feat, with SpaceX having landed a total of 23 rockets upright to date.

Falcon Heavy has also exceeded expectation, with Elon Musk revealing in a tweet that after the success of its third burn the rocket overshot its planned trajectory, now in an orbit in the asteroid belt between Mars and Jupiter.