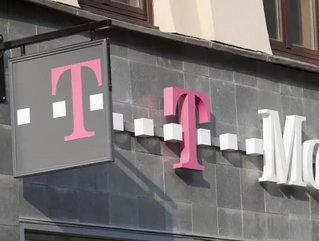 After weeks of ongoing speculation over a potential merger amounting between Sprint and T-Mobile, the companies revealed that discussions have ended, having failed to come to a mutual agreement.

“The prospect of combining with Sprint has been compelling for a variety of reasons, including the potential to create significant benefits for consumers and value for shareholders,” said John Legere, President and CEO of T-Mobile US.

“However, we have been clear all along that a deal with anyone will have to result in superior long-term value for T-Mobile’s shareholders compared to our outstanding stand-alone performance and track record.”

The two companies had planned to merge in order to rival both Verizon and AT&T – the two front runners in wireless communications in the US.

Both T-Mobile and Sprint have less than 70mn subscribers on their networks, whilst AT&T and Sprint both have over 130mn. In this sense, the move would have seen a merger company becoming a third key performer in wireless communications.

However, despite the failed talks meaning that this won’t come to fruition, Sprint’s President, Marcelo Claure, has not ruled out a potential merger with other firms in the near future.

“While we couldn’t reach an agreement to combine our companies, we certainly recognize the benefits of scale through a potential combination,” Claure said.

“As convergence in the connectivity marketplace continues, we believe significant opportunities exist to establish strong partnerships across multiple industries. We are determined to continue our efforts to change the wireless industry and compete fiercely. We look forward to continuing to take the fight to the duopoly and newly emerging competitors.”