Star in Your Favorite Shows and Videos with Yoostar on MTV 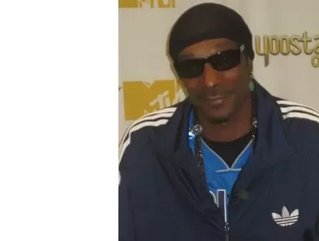 Utilizing Kinect for Xbox 360, the game offers players a fun entertainment experience as they are transported directly into MTV content such as  shows, programming, and events.

At E3, Yoostar and Snoop Dogg hosted a press conference for the release. Snoop Dogg touted the new entertainment and said he “most definitely” wanted his music videos available to players and suggested that his “stoner movies” be available to fans as well.

“MTV has always been on the cutting-edge of pop culture, constantly defining the passions of today’s youth,” said Nicholas Reichenbach, Chief Content Officer, Yoostar Entertainment Group in an official press release.  “With our newly upgraded Virtual Green Screen technology, VGS 2.0, players can seamlessly insert themselves into some of the best and most beloved MTV programming and franchises ever.”

“We are truly excited to partner with Yoostar to provide fans with a fully interactive way to experience some of their favorite MTV shows of all time,” said Alex Ferrari, COO, MTV Music Group and LOGO.  “This venture with Yoostar allows us to expand and deliver MTV content in a new manner, deepening our audience engagement through a fun video game and social performance network that   allows players to relive their favorite moments from MTV shows and put themselves right in the middle of the action.”