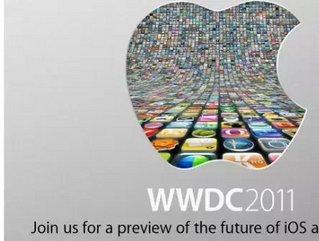 Apple CEO Steve Jobs will address the company’s annual conference on June 6 to show off iCloud, a service that lets users store content online, as well as Mac OS Lion, a software update that runs the iPad, iPhone and Mac laptops and desktops. While Jobs is away on medical leave, he just couldn’t stay away from Apple’s Worldwide Developers Conference (WWDC).

Google and Amazon have already unveiled their cloud music system, so it’ll be interesting to see what differentiates Apple’s version from its competitors. We’re thinking the iCloud system will allow Apple to compete with Google’s Android software in the smartphone market. Analysts believe iTunes may also go through changes once iCloud is released.

News sites are saying Apple has reached agreements with three major record labels to let users of the new music service to access song libraries from their phones via the Internet. An extension into the music label industry could also lead to a music subscription service as part of the iCloud.

Analysts also believe that Apple will announce updates to iOS 5, the new version of the mobile operating system that powers the iPhone, iPad and iPod touch. We’ll keep you posted on any updates in that department coming up to the WWDC date.

Traditionally, Apple introduces the next iOS early in the year, with an introduction of a new iPhone in June or July. Considering an iOS-specific event for 2011 has yet to be announced, industry professionals believe Apple won’t sell an iPhone 5 until this fall.