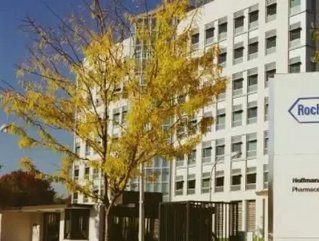 Pharmaceutical giant Roche has announced that it will be shutting down its massive research and development center in Nutley, New Jersey and cutting 1,000 jobs in the process.

Additionally, Jean-Jacques Garaud, head of Roche Pharma Research and Early Development, will leave the company at the end of this month to be replaced by Mike Burgess, head of cancer drugs.

Roche says that it wants to redistribute its research activities to facilities in Switzerland and Germany and better control its drug development costs in the face of increasing experimental drug research.

“The planned consolidation of our research and early development organization and the refocusing of research and development activities in Switzerland and Germany will free up resources that we can invest in these promising clinical programs while also increasing our overall efficiency,” said Roche CEO Severin Schwan in a statement. “In its 80-year-old history, our Nutley site has made significant contributions to Roche’s success. We will do everything we can to find socially responsible solutions for the employees affected by these changes.”

Closing the New Jersey plant will allow Roche to maintain its current drug development costs despite a rise in clinical research projects over the past 18 months. The company’s existing facilities in Basel and Schlieren in Switzerland and Penzberg, Germany will handle Roche’s dislocated oncology, virology, metabolism and neuroscience programs, with only 80 additional staffers.

Although the company is ceasing lab research on the East Coast, it says it does plan to open a new transitional research center with approximately 240 workers by January 2013.