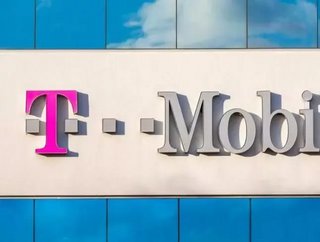 The mobile carrier world is one in which established brands have been able to (successfully) use a slow-and-steady strategy to maintain their market share.

But T-Mobile wasn't always an established brand. It's initial strategy was to play the hare to the competitors' tortoise, solidifying its place as the third largest carrier in the U.S. (according to its own numbers) by breaking the rules.

Where other companies were making friends with customers' wallets, T-Mobile was doing its best to win hearts and minds: The globally-recongized brand was actually the first carrier to break the chains with no-risk, no-contract plans and upgrade packages that didn't require selling one's soul for new tech like the Samsung Galaxy S6.

Now the brand is still throwing around free data like there's an endless supply.

The image it projects is no doubt calculated but is nonetheless relatable: When Legere tweets things like "@VerizonWireless’ new webpage begs you to come back. With geese. #nothanks #canyousmellthedesperation" it feels like he's inviting you to be a part of the cool kids club that his brand has become.

Its most recent reveal – #MobileWithoutBorders – is the latest in its quest to tempt subscribers away from bigger rivals, and it looks like a smart one.

With T-Mobile's own data showing that 35 percent of its customers' international calls and 55 percent of their roaming cut through Mexico and Canada, the choice to offer unlimited calls and texts to and from and even in those countries seems like a no-brainer. The plan also includes Wi-Fi calling and Music Freedom, T-Mobile's audio streaming service. Data Stash will apparently be added later this year.

It was probably inevitable that the brand's announcement was preceded by the kind of tweetstorm that defines Legere's signature style. He point blank asked Sprint CEO Marcelo Claure, "You mad bro?" after Claure tweeted, "I am so tired of your Uncarrier [email protected]#$%."

Mad or not, what competitor wouldn't be upset by a rival with legions of fans who are #UncarrierAmped and waiting to see what paradigm shifting promotion the brand will roll out next?

According to industry analyst Craig Moffett, there has been legitimate insider anger at T-Mobile for potentially creating a customer culture where gimmicks and freebies trump service. Those customers, however, don't seem to have spared much thought to the likes of Sprint or AT&T. T-Mobile added 2.1 million customers in the second quarter of 2015 – its ninth consecutive quarter in which it added more than 1 million customers.

Of course, those customers are a notoriously fickle bunch and T-Mobile does make it easy to defect, both to and from the carrier's network. Maybe the real secret of the brand's success is not each season's new deals but rather the simple fact that as brands go, T-Mobile is likeable.

Its campaigns are relatable. Legere is (or appears to be) in the trenches with us, the people. He answers tweets. On Facebook, T-Mobile looks like all play and no work. Ditto for Instagram. Except that underneath the pretty pictures you'll find customer service happening in real time.

Chances are good that Moffett's predictions about other carriers having to scramble to keep up with T-Mobile's quirky approach to delivering wireless service will come true. AT&T is already rolling out its answer to #MobileWithoutBorders. But while its competitors are keeping up, T-Mobile is more than likely already one step ahead drafting the next big thing designed to get existing and new subscribers #UncarrierAmped.