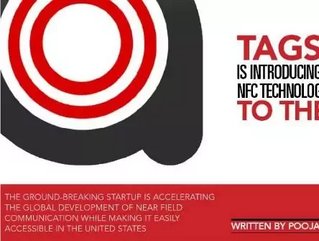 Near Field Communication (NFC) doesn’t really need any introduction in much of the world since the technology has been around for quite some time now in European and Asia-Pacific countries that can support a major contactless infrastructure for a variety of applications, including advertising and transit transactions. If you have been to London, for example, and used the Oyster card or traveled to Hong Kong and used the Octopus card, you can appreciate the convenience and simplicity this technology provides. Hands down, the most popular tech application for NFC in the US is Google Wallet.

But US consumers are now warming up to NFC applications for use beyond just making payments. NFC support has expanded into all sorts of uses, from parking meters to check-ins. The technology is already integrated into Google Nexus S, Galaxy S II, Nokia C7 and slew of other Android and BlackBerry devices. Rumor has it that the iPhone 5 is going to boast NFC support as well.

A report released by ABI Research suggests that NFC smart posters (advertising spaces for interactive electronic media content) and mobile marketing will account for 70 percent of NFC tag uses by 2016. These tags are used in every non-payment, non-device iteration that NFC has to offer, including NFC stickers or smart posters.

Retailers and Marketers Turn to Tagstand for NFC Deployment

An increasing number of retailers and marketers are taking advantage of mainstream presence of NFC to roll out frictionless NFC experiences like smart posters, e-coupons, and digital tickets with the help of San Francisco-based Tagstand, one of the country’s largest NFC solutions providers. Tagstand is bringing this magical technology to life with its custom NFC tools and software solutions.

Founded by young entrepreneurs Kulveer Taggar, Omar Seyal and Srinivas Panguliri, Tagstand has expanded from being a NFC tags-selling company to a complete end-to-end NFC service provider within a short span of time. The Y Combinator-backed startup also raised $1.1 million during a funding round in October 2011.

At the request of its users, Tagstand has built an impressive tool called Tagstand Manager that allows developers to program and manage NFC-equipped stickers from the web. So the startup serves as a platform for both tag procurement and management. (Note: Tagstand is one of the top Google results for “NFC Tags”)

With Tagstand Manager and an NFC-equipped phone, you can check into Foursquare and interact with almost any real-world objects such as posters, clothes and shop windows. Tagstand believes that this interaction is only going to increase in unimaginable ways.

There are a variety of technologies available right now to marketers for driving digital interactions in a real-world environment, including Bluetooth, QR codes and SMS. However, NFC beats them all when it comes to simplicity, portability and context; Tagstand has so far been successful in getting this message across to the users.

Tagstand has created smart tag stickers associated with custom, shortened URLs which link to intended content or services. After receiving the stickers users can log onto the site’s dashboard and program them (even once the stickers are deployed in the field) from a web interface. The site also provides analytics to track sticker usage.

The company has hundreds of businesses, developers and hobbyists placing multiple orders per day for hundreds of dollars worth of NFC tags at a time. Most of this growth has been international where NFC has a stronger presence.

For example, Tagstand helped Nokia implement a network of over 20,000 tags across 1,000 retail locations in India. This remains the largest ever NFC tag deployment in the world.

Tagstand also worked with Adshel to launch the largest NFC campaign in Australia for a supermarket chain called Coles with 50 sites in Melbourne.

Tagstand went on exploratory trips to Singapore, Hong Kong, South Korea, India and Malaysia to see how NFC was being explored in those countries and then applied the information gathered to its expansion in the US. With the growing number of NFC-enabled phones in the US, Tagstand believes the market is ready to interact more with the technology in 2012.

It looks like there are good times ahead for NFC with Tagstand already accelerating the global adoption of this technology.