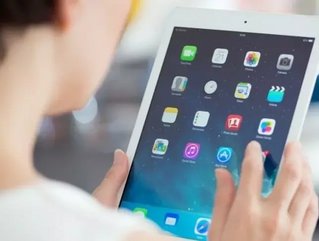 Two of the world’s biggest names in tech, Apple and IBM, have announced a partnership to develop scores of business apps that will merge the computing power and big data capacity of IBM and the user-friendly interface of Apple products.

The business partnership was announced on Tuesday and aims to “redefine the way work will get done, address key industry mobility challenges and spark true mobile-led business change,” said Apple and IBM in a joint statement.

According to IBM chief executive Virginia Rometty and Apple CEO Tim Cook, speaking to CNBC, the companies are hoping to develop more than 100 business software programs for Apple’s iOS operating system. The new software programs are due for release in fall 2014.

The business apps will address specific industry needs, for example there will be a solution to help airline pilots save fuel. The aim of the collaboration is to truly turn iPads and iPhones into money-saving tools for businesses worldwide.

“We are in independent positions of strength,” Bridget van Kralingen, senior vice president of global business service at IBM, told USA Today. “We are the gold standards for enterprise (IBM), and consumer and design (Apple).”

Speaking about the joint venture - Apple’s first in years – Tim Cook said, “It takes the best of IBM and Apple. There is no overlap. It’s totally complimentary.”

The joint venture is big news for both companies and creates a unique opportunity to dominate the mobile business software space. Critics and tech analysts alike are applauding the move.

“They really do complement each other,” said Richard Doherty, director of the Envisioneering Group, a research consulting firm. “This seems to be one of these rare win-win-win things. I just see less indecision and more satisfaction and maybe people at work getting to enjoy an iPad on the company's dime instead of them having to go out and buy it.”