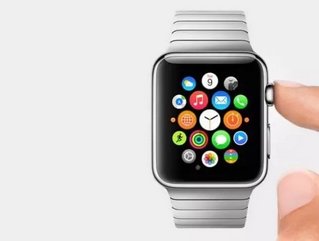 Since Apple announced its newest gadget, the Apple Watch—set to arrive in 2015—there is much speculation as to what its capabilities include as competitors rush to come up with the latest and greatest rival product. However, the technology capable of measuring some bodily functions is already among us, awaiting to be discovered.

Research shows that the interest in personal health is rapidly increasing. Since individual health is determined by, and reliant upon, numerous varying components, gadgets such as watches and phones that can identify a person's unique needs, such as sleep, hydration, rest, exercise, etc., can be revolutionary to the way one manages their health.

Though fitness-centered watches look like they are making a grand introduction in the next few years, smartphone apps are now equipped to measure vital health factors. For example, Apple offers the Up Coffee, a similar version of Android’s Caffeine Tracker, for individuals to monitor their daily caffeine intake—for free. Users simply update intake of coffee, tea, soda and energy drinks, and let the system do its work. Gadgets like the Up fitness band even allow users to correlate caffeine intake with sleep history.

Sleep is becoming a increasingly prevalent health concern. Products like the Withing Aura, which sells for around $300 U.S., claim to have the capability to monitor the sleep cycles of users by detecting body movement, breathing cycle and heart rate analysis. It also claims to have the ability to help users fall asleep using what the company refers to as “scientifically-validated lighting technology” that emits certain shades and colors of light to allow for a calm awakening in the morning.

Other products, such as Mindwave Mobile biosensor (a less expensive EEG) allow users to watch their brainwaves. This specific device typically sells for $99.99 U.S.

Though many may still prefer traditional methods for monitoring their health, technologically advanced gadgets such as these offer a more proactive approach to healthcare, and show individuals another side of the puzzle. In fact, in August 2014, the Mayo Clinic, a nonprofit medical practice and medical research group, wrote in their monthly Health Letter that, “Many people overestimate their activity level. When they see their actual activity level, they often learn to increase habits."