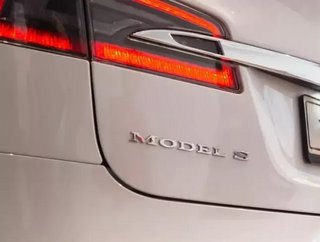 The company claims that the Model S P100D sedan is capable of reaching 60 miles per hour in just 2.5 seconds. With this achievement as another feather in its cap, Tesla can expect to continue dominating the electric car market, despite past troubles.

Due to production costs and manufacturing hiccups, Tesla has yet to prove itself profitable regardless of its enormous popularity. However, other established car companies breaking into the electric market simply aren’t in the same league, and earlier this year Tesla took on 400,000 pre-orders for the Model S. These numbers failed to waver even when a driver using the Autopilot mode on his Tesla car lost his life in a dramatic crash.

Sales of other brands of electric cars have fallen across the board, but Tesla’s sales are up – it is expected to deliver 80,000 cars this year, which is 29,000 more than last year.

CEO Elon Musk, in a media call earlier this week, said of the Model S’s abilities: “It’s quite a historical milestone that the fastest car in the world of any kind is electric. I think that really says something about where the future is headed. In the future we are going to look at gasoline cars the way we look at steam engines today. Like they are quaint, but it’s not really how you get around.”

While Tesla continues to thrive in many ways, the decreasing popularity of electric vehicles in general – especially battery-electric cars – may prove Musk’s optimism wrong. Other electric car startups, such as Coda and Aptera, were once Tesla’s contemporaries – now long gone.

So will electric vehicles really save us from our dependence on gas and diesel cars?