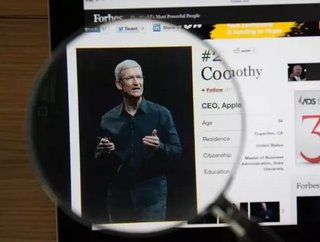 Born in Anantapur in 1967, Nadella is now CEO of the world’s biggest software company: Microsoft Corporation.

Nadella began his higher education attaining a bachelor’s degree in electrical engineering from the Manipal Institute of Technology in 1988. He then moved to the US in order to undertake an MS degree in computer science at the University of Wisconsin-Milwaukee, then an MBA from the University of Chicago Booth School of Business.

His computing and software career was launched by becoming a member of the tech staff at Sun Microsystems, before entering the Microsoft team in 1992.

Nadella is known for having taken the lead on many major projects during his time with the software giant, most notably heading up the company’s move to cloud computing and aiding in the development of one of the biggest cloud infrastructures in the world.

Nadella was the Senior VP of R&D for the Online Services Division of the company, then VP of the Microsoft Business Division. He became the President of the business’s Server and Tools Business, transforming the IT systems from a client services company to a cloud services company. Cloud Services revenue rose from $16.6 billion to $20.3 billion once Nadella took the helm.

After enjoying several other job titles within the company, Nadella was named third CEO of Microsoft in February 2014.

At this point, Microsoft was entrenched in its ‘One Microsoft’ campaign, which it launched to combat the company’s image as a union of divided product groups. Nadella made his vision for a cloud-first company known early on, and has been credited with bringing Microsoft to Azure. His mission statement, as reported by Geekwire via an e-mail to Microsoft employees, states:

“Perhaps the most important driver of success is culture. Over the past year, we’ve challenged outselves to think about our core mission, our soul – what would be lost if we disappeared… we also asked ourselves, what culture do we want to foster that will enable us to achieve these goals?”

Nadella’s commitment to innovation has allowed him to continue leading Microsoft’s legacy, ensuring that it remains the global leader in its field.

Tim Cook is the third CEO of Apple Inc., having taken the reins from founder Steve Jobs in 2011.

Cook was born in 1960 in Alabama, going on to earn a BS in industrial engineering from Auburn University in 1982, followed by an MBA from Duke University’s Fuqua School of Business in 1988. Post-Auburn, Cook worked at IBM for 12 years, eventually becoming the Director of North American fulfilment. On leaving IBM, he was the COO of the Computer Reselling Division of Intelligent Electrics, and VP for Corporate Materials at Compaq.

In 1998, Cook was personally asked by Steve Jobs to join Apple. Despite the advice of friends and colleagues leaning in Compaq’s favour – not to mention logic – Cook met with Jobs, and agreed to become Senior VP for Worldwide Operations.

At this time, Apple’s profits were in decline, but the addition of Cook brightened the company’s future considerably. Less than 12 months after he joined the team, Apple was reporting profits – a sharp contrast to losses of $1 billion in the previous year, thanks in part to Cook’s sales, service, support, and leadership expertise.

He went on to become Executive VP of Worldwide Sales and Operations, before he was CEO. Steve Jobs died six weeks after passing the role to Cook, but they had formed a very strong relationship, aided by Cook taking over from Jobs whenever his battle with cancer forced him to take time off.

At his Auburn University commencement speech in 2010, Fast Company reported Cook as saying:

“There are times in all our lives when a reliance on gut or intuition just seems appropriate – when a particular course of action just feels right. And interestingly I’ve discovered it’s in facing life’s most important decisions that intuition seems the most indispensable to getting it right.”

Cook is rightly credited as having saved Apple when the company needed it most, thanks to him grasping the risk Steve Jobs presented him with and running with it.

California native Brian Krzanich, born in 1960, has been the CEO of Intel since 2013.

Krzanich attained a bachelor’s degree in chemistry from San Jose State University, joining Intel as an engineer in 1982.

Before the COO role, he held numerous senior leadership positions, taking responsibility for many different sections of the company. Proving his aptitude in such a varied way paid off when, after a six month executive search, Krzanich was elected to take over from incumbent CEO Paul Otellini in May 2013.

Krzanich is credited as being open-mindedly connected to customers, helping to expand the company to meet the needs of its users. He was the driving force between the 2006 transformation of Intel’s factories and supply chain, which had a massive impact on the business, improving factory velocity by over 60 percent.

As reported by CNBC, Krzanich said of his continued vision of Intel: “One of my big goals is to show people that we are an innovation engine and that innovation will drive growth. We have had to turn it back on and really get it moving faster.”

Krzanich’s continued dedication to the company he has worked at for 34 years has enabled it to remain one of the top technology businesses in the world.