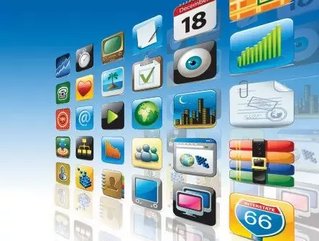 Market watchers predicted this moment. When smartphones and tablets first captured the attention of consumers, experts sent up a flare about the probability of future network capacity crunch. That future is now, and it’s not hard to see how we got here. Consumers have embraced the offerings of over-the-top (OTT) content providers including Hulu, Netflix and others. These subscribers are also spending more time and money downloading apps, according to Gartner, which forecasts that app store revenue will climb 62 percent this year to hit $25 billion. In the meantime, all of this content is degrading performance for users who pass through congested hotspots or use services at peak times. Service providers must rehabilitate the mobile experience for customers if they are to win back their enthusiasm and secure their loyalty. For carriers who pursue this goal by supercharging their existing networks, the benefits can be both immediate and cost-effective.

In the average American city, a high-demand commuter hub might spur up to 100 times more network load than nearby locations. That hotspot activity can generate more than 10,000 connection attempts per hour to the local cell and send data speeds plummeting by as much as 95 percent. Such a massive slowdown affects bandwidth-intensive applications such as video, as well as simple Web browsing. For subscribers, interruptions in service have become the norm, but that doesn’t mean mobile users accept this reality. Instead, the daily evidence of capacity crunch translates into a less satisfied customer. This is what U.K. telecom analytics firm Actix found in June of last year, when 75 percent of respondents to one of its surveys said they couldn’t get the data speeds they want during peak hours and in high-traffic locations.

Carriers have a bandwidth problem, but the more pressing concern is the subscriber-satisfaction problem. More and more customers are carrying network-hungry devices with dozens of bandwidth-intensive applications. That will not change, and service providers can’t delay addressing the issue until 2015 or later, when the new spectrum guidelines for 4G and LTE-Advanced networks roll out. Carriers must deliver better mobile video experiences now, and they can do it by supercharging the networks they already have. Here’s how:

1. Approach content capacity from development and network perspectives. Modern smartphones and tablets have more power and capacity to pre-process information than their predecessors did. Harnessed correctly, these capabilities could reducenetwork impact. Unfortunately, most mobile application developers don’t consider network limitations during the design process. Carriers can educate developers about this need. In partnership, developers and service providers can create and monetize applications that conserve network resources and contribute to improved user experiences.

Simultaneously, carriers can make their existing networks friendlier to media-rich content. Subscribers are still using their mobile devices to check email and surf the Web, but they’re increasingly relying on smartphones and tablets to post videos on Facebook or YouTube or conduct mobile videoconferences. One way to meet this high-bandwidth demand is to augment existing network infrastructure with enablers such as media servers and gateways. By supercharging existing network assets, carriers can enhance the mobile video experience for their subscribers.

2. Elevate bandwidth; amplify capacity. Creating more infrastructure is not an attractive option for most carriers. While this approach might solve the mobile congestion problem, it is a time-consuming and expensive fix. Short of that kind of investment, carriers can call on bandwidth optimization solutions to amplify capacity by shifting the load to nearby cells during peak usage times. Such solutions leverage current infrastructure to increase subscriber satisfaction while reducing capital and operating expenses. Bandwidth optimization provides connectivity over any transport, including fiber, copper, microwave or satellite, 2G, 3G, LTE or voice over IP.

3. Extend connectivity. When service providers support equal-opportunity connectivity, they can significantly reduce costs in the access and core portions of the network. This is one of the benefits of a modern media gateway, which can convert digital media streams between disparate telecommunications networks and route calls between various SIP devices and competing SIP standards. Such a media gateway is essential for any network suffering mobile congestion, since it seamlessly interconnects different media stream varieties to create a transparent, end-to-end path for video, data and voice applications.

Carriers can also tap into connectivity opportunities through already-optimized network segments. For example, service providers can establish a smooth migration path from existing TDM voice networks to next-generation network and IP multimedia subsystem (IMS) by connecting traditional and IP-based voice networks. This can be accomplished with the help of an open-standard, multi-protocol, multi-services softswitch, which enables carriers to securely and dynamically implement new services across the entire network, along with routing, billing and number portability. This approach supports subscriber-experience initiatives while also creating substantial operational savings.

Mobile network operators and subscribers alike are all too aware of the challenge facing today’s networks. There are too many people using too many network-hungry devices and applications. However, that fact is not going to change. To the contrary, mobile video usage is on the rise, and carriers must create better experiences for customers if they want to retain their loyalty. Service providers can revitalize congested networks and deliver capacity gains of up to 500 percent – all by optimizing existing network assets with cost-effective, intelligent solutions.

Jim Machi is vice president of product management for Dialogic, where he is responsible for driving the overall roadmap and product strategy for the company. Jim has been recognized by Internet Telephony magazine as one of the Top 100 Voices of IP Communications and by VoIP-News as one of the 50 most influential people in VoIP.  Follow Jim on Twitter: @JMachiDialogic.