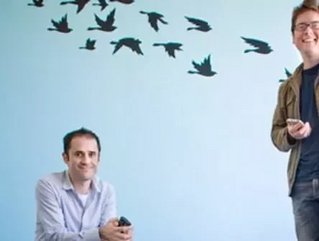 Twitter co-founder Biz Stone announced this week in a blog post that he will be moving on from his post at working on a few new projects in the immediate future. Stone will join forces again with Twitter co-founder Ev Williams on his new projects and will be under the umbrella brand of the Obvious Corporation, which Williams founded years ago. The aim of this corporation was to house multiple projects under one company name.

The Stone and Williams duo will join their forces with Jason Goldman, another Twitter executive, on their Obvious Corporation endeavors. Goldman was the VP of Product before stepping down from Twitter in December 2010. Williams stepped down from his reign as Twitter CEO late last year. “There are other problems/opportunities in the world that need attention, and there are other individuals I’d love to get the opportunity to work with and learn from,” Williams wrote in a blog post.

In a recent blog post from Stone, the entrepreneur says he’ll still be making appearances at Twitter to help when and where he can, according to an article on Mashable. But the majority of his time will be spent on “new endeavors … I’ve decided that the most effective use of my time is to get out of the way until I’m called upon to be of some specific use.”

Stone also writes, “Our plan is to develop new projects and work on solving big problems aligned along a simple mission statement: The Obvious Corporation develops systems that help people work together to improve the world. This is a dream come true!”