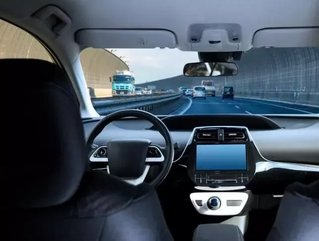 Dara Khosrowshahi, Uber’s CEO, said in a visit to Toronto that the company plans to invest US$150mn in the city over the next five years
A large portion of this investment will be used to open a new engineering hub in Toronto as Uber looks to ramp up its research into autonomous vehicles and incorporate them into its business model effectively.
Uber opened its Toronto Advanced Technologies Group office in the city last May, headed by AI researcher Raquel Urtasun, and aims to open its engineering hub in 2019.
Khosrowshahi said in a statement to the Toronto Star:
“At Uber, we recognize Canada’s commitment to innovation and the vibrancy of Toronto’s tech ecosystem”.
“We want to support the innovation coming out of this great, diverse region”.
See more:
Following a fatal accident in Arizona this year in which one of Uber’s autonomous vehicles hit a pedestrian, the company temporarily suspended its plans for self-driving cars and elected not to renew its licence to operate them in California.
Its research into optimizing this emerging technology for its operations has since continued, however, and Uber’s investments in Toronto will boost the company’s total staff numbers in the city from 200 to 500.
Of the company’s ongoing commitment to this cause, Khosrowshahi said that “self-driving technology ultimately is going to be good for the world and is going to make the streets safer, and is a very, very important service for us to develop within Uber”.
TorontoUberautonomous vehiclesSelf-driving
Share
Share