Uber’s troubles are set to continue with new Google lawsuit 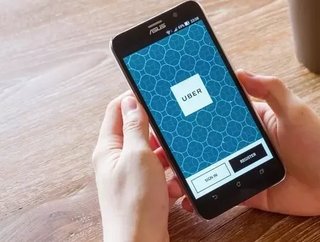 Regularly been subject to controversy, 2017 is not shaping up to be a positive year for Uber so far. Although the company has been increasingly innovative, such as integrating ‘Snapchat-style’ filters within the photo side of the app, alongside utilising Google Maps, where users can “now request an Uber ride directly from the Google Maps app”, the company has unfortunately been in the limelight for the wrong reasons.

Since President Donald Trump’s inauguration, CEO Travis Kalanick has been under fire for initially becoming part of Trump’s advisory team, of which there was significant uproar following on from Trump’s travel ban. However, Kalanick then received equal criticism when he decided to part ways with Trump’s administration.

With the campaign movement for individuals to delete Uber, which trended on twitter (#DeleteUber) following on from the strike at the time of President Trump’s inauguration, the trend has since resurfaced since the release of former Uber site reliability engineer (SRE) Susan Fowler’s recent explosive post about internalised sexism within Uber’s internal operations. The negative and oppressive culture described in Fowler’s post seems to be embedded within the company’s corporate structure and management team, which has historically been supported through an unsupportive HR team.

With the inability to be transferred to another team or gain any form of career growth, it is uncomfortable reading, of which Kalanick quickly took notice as the blog post began to go viral. His response Twitter: “What's described here is abhorrent & against everything we believe in. Anyone who behaves this way or thinks this is OK will be fired. I've instructed our CHRO Liane to conduct an urgent investigation. There can be absolutely no place for this kind of behaviour at Uber”, alongside his vow to launch a thorough investigation, signifies Kalanick’s devastation and upset. This is only supported further through Kalanick’s assembly of Uber’s workforce with “tears in his eyes” and reportedly apologising for his failings for not addressing the problems earlier.  It has been confirmed that new Chief of Human Resources Liane Hornsey will work alongside board member Arianna Huffington to undertake the investigation, highlighting the company’s urgent need to salvage its reputation within Silicon Valley and throughout America.

However, such attempts to salvage the company’s morale is set to be further hindered through Uber’s attempts to block any online conversation regarding the investigation with other employees, even though such conversation is natural between colleagues who share the same workspace. The utilisation of app Blind is commonly known to be utilised within Uber’s inner operations, yet the app is now officially blocked within Uber’s workplaces, according to Business Insider.

Salvaging the company’s reputation is also set to become a lot harder following Google’s recent lawsuit against Uber, where the company has claimed that former Google engineers have taken intellectual property and utilised it to develop Uber’s transportation operations. The self-driving car group, named Waymo (under Google), has further created a gulf between the two technology giants, even though Google originally invested in Uber when it was a start-up company in 2011, but their paths within transportation are becoming increasingly aligned. Such conflict now also echoes the case between Facebook and Zenimax, and the contention of stolen intellectual property with regards to the Oculus VR headset.

Waymo’s belief that that their “lidar” sensor has been utilised within Uber technology is not ill founded, given that former members within Google’s self-car driving team are now part of Uber’s operations and behind some of Uber’s recent innovations, involving designs, hardware and circuitry, according to Business Insider.

How will Uber move forward? Watch this space…