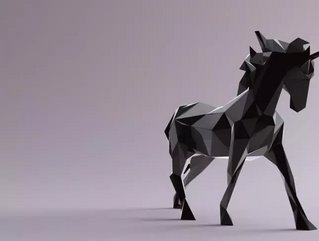 Autonomous vehicle developer Aurora Innovations is among the latest crop of US startups to achieve ‘Unicorn’ status. With a Series B funding round of US$530mn, led by Sequoia Capital with participation from Amazon, Lightspeed, Shell and T Rowe Price, the Palo Alto startup reached a valuation of $2.5bn.

According to a report by Pitchbook, Aurora, which was founded in 2016 by veteran top-level employees from Alphabet’s Waymo project, Tesla and Uber, the startup could become a serious competitor to Tesla and other top-level players in the autonomous vehicle space. “Between these three co-founders, they have been thinking and working collectively in robotics, automation automotive products for over 40 years,” wrote Aurora co-founder Reid Hoffman of his partners Chris Urmson and Drew Bagnell.

Following the $2.5bn valuation announcement, Tesla stock was down 3% at market close on Friday.

As part of the investment, Sequoia partner Carl Eschenbach will take a place on the Aurora board. In August 2018, Aurora reportedly rejected an attempt by Volkswagen to acquire the startup outright, following the two companies’ partnership agreement made the previous January.

According to a TechCrunch report, venture capital investors poured more than $1.6bn into autonomous vehicle startups, spread across 58 deals in 2018. Aurora will continue its work to make self-driving cars a practical reality, with an emphasis on safety and reliability.

In an email to TechCrunch, an Amazon spokesperson said of the investment: “We are always looking to invest in innovative, customer-obsessed companies, and Aurora is just that. Autonomous technology has the potential to help make the jobs of our employees and partners safer and more productive, whether it’s in a fulfillment center or on the road, and we’re excited about the possibilities.”