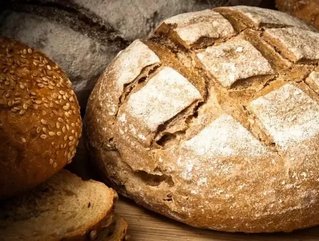 As one of the top research universities in the world, University of Alberta is well known as a leading institution for pushing the boundaries of discovery and innovation. Now, researchers from University of Alberta could be one significant step closer to solving one of the most pressing dietary issues of this generation. The gluten-free diet fad of recent years has helped to shine a spotlight on the millions living with significant gluten intolerance due to Celiac disease or other autoimmune disorders. A new pill in development through U of A research could make gluten tolerable to the gluten intolerant for the first time.

This new “gluten pill” was developed by Hoon Sunwoo, an associate professor at the University of Alberta’s Faculty of Pharmacy and Pharmaceutical Sciences, in collaboration with colleague Jeong Sim, a retired former professor from the school’s Faculty of Agricultural, Life and Environmental Sciences. The active ingredient in the pill is yolk from chicken eggs, dried into a powder. According to Sunwoo, egg yolk antibodies prevent gliadin—the protein in gluten that contributes to allergic reactions—from being digested.

Sunwoo has explained that the pill is not a true “cure” for Celiac or for gluten intolerance, so much as a gluten analog to lactase enzyme supplements like Lactaid that help sufferers of lactose intolerance eat the occasional ice cream sundae:

"This is not treating the celiac disease or curing celiac disease," he told Edmonton AM host Tim Adams. "It's just to try to help them improve their quality of life so when they want to socialize with peers or friends."

In another likeness to dairy relief supplements, Sunwoo has also told the press that, once the treatment goes through human trials and is approved by Health Canada, it will be available over the counter as a supplement instead of through prescription as a drug:

“This is not a drug, this is a food supplement that will be over the counter so it will be available for everyone,” he said. “In two years, I expect this product to be available on the market for a reasonable, affordable cost.”

But once the pill is found to meet health standards and approved, don’t expect it to stay in Canada. With millions of Celiac and gluten intolerance sufferers worldwide, Sunwoo’s development has major global applications—and with its offer of the potential for a worry-free meal, it can expect to be welcomed with open arms.