US businesses are benefiting from Pokémon Go 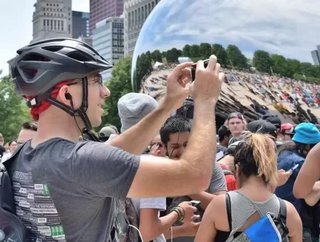 Businesses across the US are cashing in on the enormous popularity of Pokémon Go.

Pokémon Go’s predecessor, Ingress – which is also created by Niantic – has had companies purchase sponsored locations within its augmented reality world, and Pokémon Go is set to follow. Businesses will be able to pay to be featured in the game, hopefully causing an increase in foot traffic.

The game already displays photographs of the setting at every Pokéstop, spotlighting stores and companies in the local area.

For now, Niantic must focus on keeping its servers up and its infrastructure stable, as well as expanding the Pokémon Go world and increasing the in-app paid featured.

While many businesses have flourished due to the increase in visitors, some are complaining about Pokémon Go players cluttering up their stores or taking up the parking spaces of genuine customers.

Augmented reality games are set to increase thanks to Pokémon Go’s success; how this continues to alter the real world remains to be seen.