US businesses raised over $1bn via crowdfunding in 2018 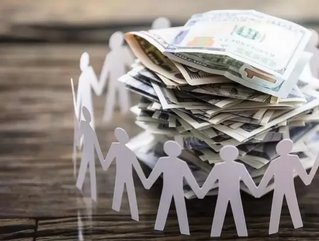 According to a new report by Score, small businesses in the United States are becoming increasingly reliant on crowdfunding, the practice of raising small amounts of capital from a large number of donors in order to reach a large financial goal.

In 2018, Score revealed that businesses in the United States raised US$1.04bn. This figure represents a significant increase in comparison to 2017, when businesses raised $915mn. In the US, total funds raised from crowdfunding have grown consistently, up from $800mn in 2016, and are predicted to continue, reaching $1.3bn by 2020.

The three principal forms of crowdfunding are:

Reward-based: where backers receive a pre-release version of the product or other bonuses such as collectibles. Examples include Kickstarter and Indiegogo.

Equity: backers provide money up front in exchange for a stake in the company. This represents an IPO at the pre-exit stage of a startup.

Debt: more akin to a capital loan, backers provide the company or individual with equity in exchange for interest.

According to Score, the benefits of a (successful) crowdfunding campaign can include a strengthened customer base, increased publicity, a higher likelihood of external financing and stronger potential for business partnerships.

The five most highly-funded campaigns on popular crowdfunding platform Kickstarter have raised $16.7mn between them in 2018. Products funded include versatile travel backpacks by The Travel Line, wireless security cameras by EUFYCAM, collapsible reusable straws made by Finalstraw and smokeless camping stoves by SoloStove. 2018 also saw blockchain startup Block.one crowdfund $4bn without a product launch with its Initial Coin Offering in April.