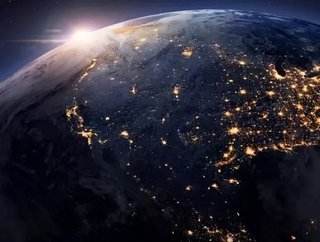 In a survey of over 1,000 senior innovation executives, conducted by the Boston Consulting Group (BCG), the US continues to lead the way in digital innovation.

In the report citing the details of the survey, released by the Boston Consulting Group (BCG), 15 US-headquartered firms are named in the top 20 spots on the list.

Apple was named as the leading innovator, with Google, Microsoft, Amazon, Tesla, Facebook, IBM and Uber all placing high in the rankings. Only two firms from outside the US featured in the top 10 – South Korea-based Samsung and China’s Alibaba.

In terms of specialism, seven of the firms in the top 10 are all companies operating in the technology industry.

The report focuses on four key elements of digital innovation that firms are investing heavily in: big data analytics, the adoption of emerging technologies, mobile capabilities, and digital design.

However, with this in mind, it also reveals that as a result of the increased investment in these areas, a gap is widening between weak and strong innovators, with weak innovators becoming less able to utilise the potential harboured by emerging technologies.

“Slow movers on digital innovation risk being left behind by those that invested sooner and more decisively,” said Michael Ringel, a BCG senior partner and a co-author of the report. “Competitive advantage increasingly depends less on products and more on the digitally enabled services that surround them.”

“From today’s predictive maintenance offerings for industrial goods to tomorrow’s Internet of Things, digital strategists need to explore and master new innovation domains,” Ringel continued. “And as more advanced technologies, such as artificial intelligence, enter the mainstream, the stakes will keep getting higher.”

In this sense, by innovating effectively, companies are able to both grow and compete more readily. However, those who fail to do so may be left behind.