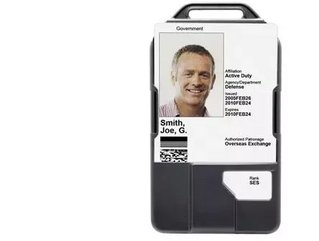 Research in Motion announced Monday the approval of the BlackBerry Smart Card Reader. Achieving  FIPS 140-2 certification level 3, the reader has been granted the highest certification of any wireless smart card reader on the market.

Smart cards are used by the US government to support security programs, such as the U.S. Department of Defence’s Common Access Card and the Homeland Security Presidential Directive 12, a program that calls for a “mandatory, government-wide standard for reliable forms of identification issued by the federal government to employees.” The National Institute of Standards and Technology assigns FIPS certifications.

“Our customers value the robust security provided with BlackBerry products and services and smart card readers are particularly important within the government sector,” said Scott Totzke, Senior Vice President, BlackBerry Security at Research In Motion. “This advanced certification of the BlackBerry Smart Card Reader for the U.S. Federal Government demonstrates our ongoing commitment to meet and exceed the expectations of our government customers.”

Used for technology authentication within the US government, the BlackBerry Smart Card Reader is designed to be worn on a lanyard, holding the smart card within the lightweight reader. This process becomes a two-factor authentication device so that government employees can securely access BlackBerry smartphones, desktop computers and facilities. Once a user leaves the proximity of a desktop or other technology, the device automatically locks.

The FIPS 140-2 level 3 certification designates the BlackBerry Smart Card Reader as an advanced device with security features such as anti-tamper technology and self destruction of security parameters upon device breach.

This announcement from RIM is potentially light within the tunnel. Recently speculated to be headed toward a buyout, the US government’s approval can only mean good things.