Is the US skills shortage part of a global epidemic? 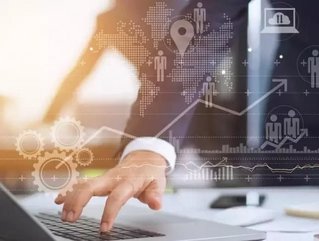 Modern infrastructure in the US was born from President Franklin D Roosevelt’s New Deal for the American people. Between 1935 and 1943, the Works Progress Administration (WPA) built over 500,000 miles of rural roads, 100,000 bridges and 1000 airfields. The WPA built sewers, tunnels and power lines. Hospitals, schools and fire stations sprang up across the nation.

However, in recent years this spirit of investment has waned. In every report card since 1998, the American Society of Civil Engineers has awarded a ‘D’ to America’s infrastructure, reflecting chronic underinvestment in the sector. The society also estimates that, unaddressed, this could damage the economy to the tune of almost $4trn lost in GDP by 2025, slashing the disposable income of each household across the United States by $3,400 each year. Fortunately, change is in the air and major infrastructure investment is back on the political agenda. The problem? There are not enough skilled people to meet demand. Whilst the WPA was created in part to soak up excess labor in the workforce, modern programs are hampered by the lack of it.

All over the world, the skillsets required in the labor market are having to adapt to technology transformation. As the US struggles to keep up with this demand, developments are more positive around the world with governments and educational organizations focusing on better preparing the workforce. Across the Middle East, Europe, Asia Pacific and parts of the Americas, employers are beginning to find it easier to find the right talent, but additionally it has been shown that particularly in Europe, contract, freelance and temporary work are all on the rise. This could point to a workforce adapting to fit their existing skillsets around changing demand.

Globally, economic migration is on the up, with migrant workers increasingly of a more educated caliber. While migration can help to plug skills gaps across the world, as there is a bigger pool of talent to choose from for a country’s particularly profitable industries, in many cases restrictions on migration are set to increase, particularly in the UK and US. In addition, wage growth across the EME market has been slow and as such it can be easier to hire new employees than in other regions, like Asia and the US.

Coming back to the US, underinvestment in infrastructure has been a topic of discussion for decades. However, the paucity of large infrastructure projects has led civil engineers and specialist managers to depart from the industry. This is compounded by fewer people seeking a career in the space, and fewer students enrolling in courses. A vicious cycle.

Several states have recognized the need for infrastructure investments. For example, Connecticut and Washington are in the early stages of multi-year transportation improvement initiatives. What’s more, some states have resorted to raising extra funds to try and deal with the situation, including raising gas taxes, a key source of funding for road construction. In California, 20 of the state’s 58 counties already have transportation sales taxes in place which has led to an exponential increase in infrastructure projects. Unfortunately, even as the money is starting to flow, the workforce has atrophied. In short, there are essential individuals who make the difference between on-time, on-budget projects and multimillion-dollar overruns; and there aren’t enough of them.

A number of issues stem from the workforce shortage. Lack of experienced workers means companies must relocate employees across the country on a project-by-project basis. Relocation can be expensive, especially in states like California.

Another issue is that human resource and leadership teams focus almost exclusively on project start-up to the detriment of ongoing roles throughout the project lifecycle, resulting in a backlog of hires which has a direct impact on the bottom line. Project and construction managers with five to 15 years of experience are in particular demand, and positions can remain open for months at a time; especially in the aviation, rail, transit and water sectors. This stretches workloads which in turn increases staff attrition. Another vicious cycle, further compounding the talent crisis. This is a particular problem for US infrastructure, but that’s not to say that other regions aren’t struggling to find staff with the specific skills needed as their economies shift and change.

Running into this problem with varying degrees, countries are taking different steps to upgrade the skillsets of their workforce in line with new requirements – but exactly where this responsibility lies is a contentious issue. Udemy recently commissioned a ‘skills gap’ report pertaining to the global work environment. This showed that the majority of workers around the world agree there is a growing skills gap, but largely feel “optimistic about their own skills and the competitiveness of their respective countries”.

On a worldwide scale, Udemy CEO Kevin Johnson stated: “the nature of jobs is quickly changing with automation, globalization, government policies and other factors, making it impossible for anyone to predict which skills a job will require in the future. This only serves to widen the perceived skills gap.” In the US, 79% of full-time employees according to Udemy believe there is a skills shortage and 35% “feel personally affected by it”, but 80% of these believe that workforce reskilling will be successful. In terms of reskilling efforts, 41% think the government, through tax benefits or otherwise, should contribute.

Udemy’s report analyzed five global markets and found that in France, staff largely don’t feel the need to upskill, with 75% stating that they were confident with their current skill set – however in Brazil, 98% of those surveyed acknowledged the existence of a skills gap in their country. In terms of responsibility, 50% of Mexicans felt that it was up to the individual to upskill, with 17% placing responsibility on the government and 13% on employers. It was also found that some people have taken on a second job in order to utilize their skills in a more appropriate way, with 39% of Americans describing themselves as having a “side hustle” in comparison with just 18% in both Spain and Germany.

In the US, there are doubtless deep-seated issues that will not be solved overnight. However, with mega-projects in construction and infrastructure in the offing such as those tied to the 2028 Olympics, California’s high-speed rail and LAX’s $5mn upgrade program, there is no time to wait. With that in mind, the question is: how can companies best manage and mitigate workforce issues to ensure projects are on schedule and on budget?

By partnering with a specialist executive search provider, companies can build a map of where talent is and where it needs to be. Talent mapping is about proactively building a virtual ‘bench’ of talent, anticipating need, and successfully mitigating unnecessary cost. Mapping allows companies to proactively engage candidates which significantly reduces time to hire. Upon the award of a large infrastructure project, a high-potential candidate pool is identified, engaged, and ready to be mobilized. In locations that are difficult to recruit to, either due to high costs or low desirability, talent mapping is especially useful.

Although it will take several generations to rebuild the infrastructure workforce to full capacity, companies can kickstart the process. By working in partnership with colleges, companies can start to mold the next generation by putting the right skills in place, imparting knowledge, and developing talent pipelines through internships. When the time comes for graduates to seek full-time positions, companies may benefit from having built respect and loyalty with interns.

According to World Atlas, one of the countries suffering an even greater skill shortage than the US – indeed the ‘worst’ in the world – is Japan, and education is a leading cause. “Japanese companies are faced with potential employees lacking knowledge of the global markets,” the report argues, putting this down to a “rigid” educational system which does not equip Japanese students for the modern world.

In China, as it strives to overtake the US as an AI superpower, finding the correctly skilled individuals is paramount and has become a common issue for companies according to the Global Skills Index. Therefore, issues in transforming the economy aren’t isolated to the US alone, but in China they are increasingly in the form of new technology skills and the ability to manage a tech-based enterprise, which often has to come from employees educated in the US or Europe. High costs of hiring mid-to-high management have resulted in MNCs being reluctant to set up core research centers in China, according to China Daily, which adds that China is making more efforts to work with universities, “especially top engineering institutions”.

It is widely agreed in China that the likes of AI and Big Data should be exploited, but employers are now forced to look at the skills and talent pool on a global scale. The government has launched guidelines on focusing talent development in manufacturing, including integrating industry and education, promoting key adaptable abilities and qualities, and “establishing a high-level management skills pool”. While China leans more toward a planned economy than most, government involvement may be a direction for other economies to consider when dealing with the global skills gap.

Although young talent is slowly entering the industry in the US, experienced talent is quickly flowing out. Senior talent is retiring and leaving an institutional knowledge gap. Companies have a responsibility to eliminate this from happening. Developing concrete succession plans to transfer knowledge and skills to the next generation minimizes the risks to the retirement process. This applies across the organization, from the C-Suite, project leadership to the experienced niche engineers.

Will the rediscovered appetite for infrastructure investment be enough for the US? Or is it a case of a day late and a dollar short? Only time will tell, but companies the world over can be sure of one thing: smart workforce planning and talent management is essential to successful project delivery.