US wind energy prices are at an all-time low 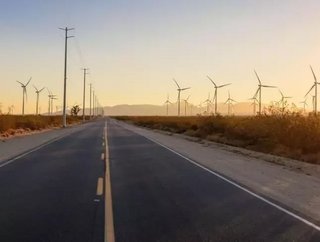 Renewables are a hot topic in the field of energy production in the United States, and now could be a smart time to start investing. According to a new report from the U.S. Department of Energy and and Lawrence Berkeley National Laboratory (Berkeley Lab), wind energy pricing right now is at an all-time low due to a number of factors.

This lower price for wind power has led to other favorable effects. A lower price for wind turbines has also helped to push down overall project installation costs—the report notes that wind turbine prices have dropped by as much as 40 percent since 2008, with a cost of $1,710/kW for the average wind project installed in 2014 (reduced nearly $600/kW compared to similar projects installed in 2009).

Less overhead cost in project installation has, in turn, intensely improved wind energy’s standing as a competitive alternative to traditional energy sources. The situation as one of the lowest priced sources has also created an increase in demand for wind energy from both individual commercial consumers and electric utility companies.

All of these factors together are helping to legitimize wind energy as a vital and increasingly reliable source of energy for the United States public:

These promising statistics could not come at a better time: just recently the Obama administration released a new Clean Power Plan, calling for the United States to significantly increase renewable energy usage by 2030. With wind energy offering an affordable and practical option, the goals set out by this new plan could be well within reach.