Volkswagen will still face criminal probe after huge US settlement 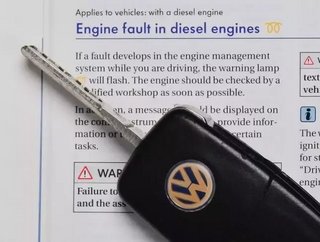 The automotive giant has agreed to pay upwards of $10 billion to buy back vehicles affected by the diesel emission cheating scandal, plus $4.7 billion to improve the environment - including $2.7 billion in fines and the rest to promote zero-emission vehicle technology.

Owners of 475,000 Volkswagen cars in the US discovered last year that the company had cheated emissions tests, thus rendering the vehicles far less eco-friendly than claimed. The company's recovery from the scandal is slow and ongoing.

While the settlement must be approved by a federal judge, it has been signed off by the justice department. According to Financial Times, Deputy Attorney-General Sally Yates said of the continued criminal probe that prosecutors were “looking at multiple companies and multiple individuals.

“The settlements do not address any potential criminal liability, although I can assure you our criminal investigation is active and ongoing. We’ll follow the facts wherever they go and make a determination about whether any companies or individuals should be criminally charged.”

Volkswagen has been forced to put aside 16.2 billion euros to deal with the global costs of the issue, although with other manufacturers along the company's supply chain also being investigated, these funds may prove insufficient.