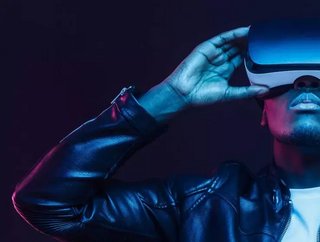 Called Exscalate4Cov (E4C), the public-private consortium boasts some of the most cutting-edge and cost-effective supercomputing capabilities in the world: it has a library of 500bn molecules and a processing power of 3mn molecules per second.

E4C’s purpose is to rapidly screen the chemicals in its library for ones which have an effect on the SARS-COV-2 species of coronavirus responsible for COVID-19. Costing €3mn in emergency funding, the project has so far yielded tests on 9,000 drugs, of which 100 has demonstrated encouraging early results.

"Exscalate is the only platform capable of exascale-ready virtual screening of billions of molecules on multiple targets in a few hours," said Silvano Coletti, Innovation Manager and Managing Director of Chelonia Applied Science, a participant in the consortium.

"Coupling this capability with Nanome software capabilities will enable us to rapidly identify drugs for immediate use as treatments and novel pan-coronavirus inhibitors that could address future emergencies."

The US helps the EU

Of the 18 institutions currently onboard with E4C, Nanome represents the first US-based company to join the effort.

Founded in 2015, the company is on a mission to transform how the scientific community engages with its specialities via virtual reality (VR). Able to create a simulated world which allows users to experiment in previously unthought-of ways, Nanome hopes to be a force for community, collaboration and open-access data sharing.

“At Nanome, we see computers as an extension of our consciousness that allows us to do things much more efficiently,” said Keita Funakawa, COO, in a blog post.

“As Steve Jobs put it: ‘A computer is the most remarkable tool we’ve come up with. It’s the equivalent to the bicycle for our minds.’”

The company’s bona fide credentials as an exceptional tech innovator were displayed when Frances Arnold, 2018 winner of the Nobel Prize in Chemistry, toured a cytochrome P450 protein using Nanome’s VR.

Clearly impressed by the possibilities, Arnold commented “I’m dying to show this to some of my students to see if it would give them ideas.

“We stare at structures all day and try to come up with residues that would be interesting to mutate. I would love to see if they think this would help them.”