Waymo to use 20,000 Jaguar EVs in robotaxi fleet 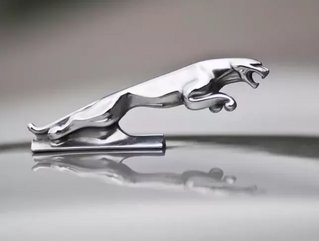 As part of a new long-term partnership, Alphabet’s self-driving unit Waymo is set to use 20,000 of Jaguar’s I-Pace electric vehicles in its driverless transportation service that it plans to launch in 2020.

The two companies will work together to design, develop and deploy the autonomous I-Pace vehicles, with testing expected to begin later this year.

“With the Jaguar I-PACE we have a world-beating car that’s captured the imagination of customers around the world,” said Dr Ralf Speth, CEO of Jaguar Land Rover.  “Our passion for further advancing smart mobility needs expert long-term partners.

“In joining forces with Waymo we are pioneering to push the boundaries of technology. Together we will deliver the self-driving Waymo Jaguar I-PACE with the grace, space and eco-pace that customers expect.”

The I-Pace was launched earlier in March, becoming Jaguar’s first ever fully electric SUV, with the company having increasingly shifted its attention to investing heavily in autonomous, connected and EV technologies.

The vehicles are set to join the Chrysler Pacificas in Waymo’s robotaxi fleet that the company has already been using to extensively test its autonomous driving technologies.

“While we've been focused at Waymo on building the world's most experienced driver, the team at Jaguar Land Rover has developed an all-new battery-electric platform that looks to set a new standard in safety, design and capability” said Waymo CEO John Krafcik. “We're sure Waymo riders will enjoy the safe, premium and delightful experience that the self-driving I-PACE will provide.”

The companies also revealed that they are hopeful that the 20,000 vehicles will be able to execute up to one million trips per day by 2022.