What can be learned from the Uber and Intact partnership in Canada? 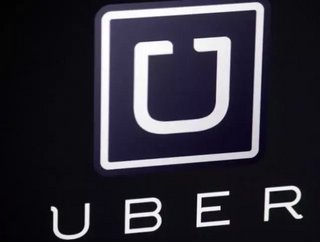 You may not have physically taken an Uber ride, but chances are pretty high that you’ve heard of the famous San Francisco company. And while the app is now offered internationally (and doing quite well), it’s interesting to learn that this ride-sharing experience is making a slight change in Canada: it’s adding a partner.

Originally reported by our sister brand Business Review Canada, Uber and Intact Financial Corporation are coming together to create the very first auto insurance that will be specifically tailored to protect drivers and passengers.

But will this new partnership change the overall Uber experience? And due to the fact that this type of partnership is brand new for Canada, can other worldwide companies learn from it?

Each company recently released its own separate press release, with Uber saying, “This plan will be the first of its kind designed exclusively for the ride-sharing industry in Canada.”

Intact executive Louis Gagnon added, “With the growing popularity of the sharing and on-demand economy, we are adapting our product range to offer innovative solutions to meet the changing needs of consumers.”

While particular details regarding the partnerships have yet to be revealed, the question remains: how (or will) this change the way you ride?

As of now, it doesn’t seem that anything will change when you order an Uber. Of course, this could change once the deal becomes finalized and details are officially released.

Intact is currently awaiting approval from provincial insurance regulators for its plan before going public. The company’s intention is to offer insurance under the company’s two main brands: Intact Insurance and belairdirect.

RELATED TOPIC: Can small businesses benefit from the cloud?

It’s believed that this partnership is taking place in hopes of filling a gap in the industry that currently leaves both passengers and ride-sharing drivers vulnerable. Though Uber has stated that drivers are covered by a commercial policy for up to $5 million worth of bodily injuries and property damage, commercial drivers are still legally required to have their own insurance to cover various claims.

It’s not a stretch to wonder if the price for taking an Uber will increase once the insurance policy goes into effect. However, we won’t know until the deal is officially signed, sealed and delivered.

Regardless or not if fares increase, it would seem that this new plan is a way to offer full protection for all parties involved in this riding experience. And shouldn’t safety, despite price, be a top priority?

As for other companies learning a thing or two from this new partnership, again, time will tell. While partnerships have been both successful and damaging in the past, it’s hard to say how the one between Uber and Intact will turn out until it actually happens and details on the process are released.

In business, it’s sometimes important to take risks (i.e. begin a new partnership). Therefore, if one thing can be learned from the early stages of this deal, it’s that leaders and executives should never be afraid to get creative and think outside the box.