What is Deloitte's new Blockchain in a Box? 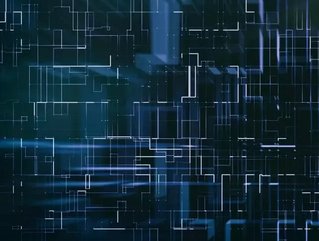 Back in 2016, the global blockchain market was worth $212.12mn. That figure is expected to grow to exceed $8.68bn by the close of 2024, which represents a CAGR of over 59%, and highlights the technology’s potential as one of the most lucrative innovation frontiers in the world.

According to a survey conducted earlier this year by finance and technology professional services and consulting firm Deloitte, 83% of survey respondents said their organisations see compelling use cases for blockchain, and more than half (53%) reported that blockchain technology has become a critical priority for their organization this year — a 10% increase over last year.

However, while the report notes that blockchain is reaching a tipping point between “a capable yet underdeveloped technology” and “a more refined and mature solution poised to deliver on its initial promise to disrupt”, many companies are struggling to know where to start. Executives that recognise the potential of blockchain as a driving force behind the evolution of business systems are, according to Deloitte, still prone to misunderstanding the technology and which of its applications are possible, plausible and practical.

In order to normalise blockchain as an enterprise technology and provide “intuitive, tangible blockchain demonstrations and experimentations,” Deloitte today released its latest offering: "Blockchain in a Box".

A mobile, self-contained technology platform capable of hosting blockchain-based solutions across four small-form-factor compute nodes and three video displays, as well as networking components that enable integration with external services, such as traditional cloud technologies, “Blockchain in a Box" is packed to the brim with demo solutions designed to give companies better insight into how to make blockchain work for them.

"Deloitte custom built this solution based on client interest in understanding blockchain capabilities in live interactions," said Linda Pawczuk, principal, Deloitte Consulting. "What's often misunderstood about blockchain is that it is an entirety of a technology solution — when in reality, it's a technology component that enables larger business applications and approaches. Our mobile demonstration is practical, tactical and most importantly, tangible to clients."

With its emphasis on easy interaction and tangible results, the “Blockchain in a Box” provides developers with the tools to easily create and share blockchain-powered digital apps, while placing minimum demands on their enterprise’s own hardware.

The solution was demonstrated in May of this year at Consensus 2019, an annual consortium of the world’s leading cryptocurrency and blockchain technology players.

"Each time we use the ‘Blockchain in a Box’ to facilitate exploration, the reaction is that of curiosity and excitement where the audience leaves with a deeper understanding of blockchain and how the use cases are implemented," said Chih-Wei Yi, principal at Deloitte & Touche. "It helps to demystify blockchain and is a refreshing and well-grounded approach versus traditional slideware-based demonstrations."

Deloitte’s attempt to clarify the practical applications of blockchain could be a vital step towards introducing the technology to new industries and companies in a way that creates value and promotes understanding.