Why does Microsoft want to acquire Hexadite? 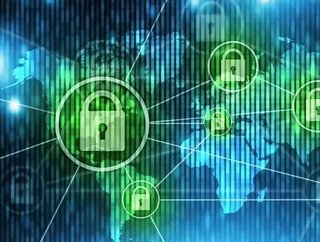 It is a recurring theme within tech giants, all of whom are vying to become the first to perfect driverless cars, seamless transportation systems and implement AI into the domestic and corporate sphere. However, in alignment with corporate businesses utilising cloud services, there is an increased need for strengthened cyber security and data center services.

It has recently been revealed that Microsoft have acquired Israeli company Hexadite for approximately $100 million, but both parties have yet to comment on the potential acquisition. On their website, it is stated that Hexadite implements AI and machine learning when analysing particular cyber-attacks to networks, whilst also identifying any potential risk areas which could become a growing problem.

Aiming to mitigate and reduce incidents seamlessly, the artificial intelligence “resolves incidents in seconds and frees up analysts to focus on the threats that truly demand their expertise,” eliminating potential delays in service and inflated costs in resolving any issues with regards to security.

With the ability to provide increased reassurance within businesses is something in which there is ultimately no price within the corporate sector, where any potential breach could prove disastrous. Hexadite has stated that it is able to reduce the time taken to resolve cyber incidents by 95 percent, making such an acquisition lucrative for Microsoft.

Originating from Tel Aviv in Israel, the company is headquartered in Boston, and has raised over $10 million in funding. Notable investors include HP Ventures, YL Ventures, TenEleven Ventures and Mosche Lichtman of Israel Venture Partners, according to TechCrunch.

Microsoft are continuing to invest $1 billion as part of their pledge to provide increased cyber security services, at which the company has acquired several start-ups in Israel, such as Secure Islands an Team8, but has reportedly now also acquired Cloudyn, which focuses on cloud services and solutions.