Why the FBI, MPAA &amp; RIAA are Fighting a Losing Battle 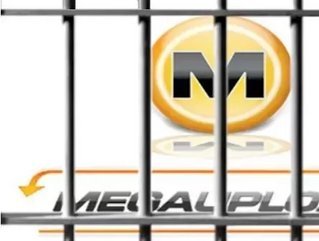 For the past week the news has been awash with the story of Megaupload, its owner Kim DotCom and its ‘racketeering and money laundering’ directors. The exemplification of the cyberocker website seems to have had its desired effect, at least in the short term, as similar websites have tightened their policies in reaction. Certain sites, such as Filesonic and Fileserve, have even prevented users from downloading files uploaded by others.
Why Megaupload was targeted where other websites were not will remain the knowledge of the FBI for the time being. Inevitably there will be a long ensuing court case, and it will be some time before the outcome has been decided. The Megaupload operation was of course heavily backed by the Motion Picture Association of America (MPAA) and Recording Industry Association of America (RIAA). No doubt they will view this as a major coup over the world of piracy, but in the long term it will have arguably little effect.
The fact that companies such as Megaupload make a profit from illegal filesharing is a subject of much contention. However, if there was a better developed infrastructure that offered an equally convenient, legitimate alternative, there would not be such opportunity for illegal services to operate. The money that is spent trying to eradicate services such as Megaupload could be better invested in subsidizing such an infrastructure, as well as supporting content creators that are hit worst by piracy.
According to a recent report published in New Media Age (NMA), consumers are becoming increasingly willing to pay for online movie and TV content. This is partly thanks to streaming services such as Netflix and LOVEFiLM, which are starting to offer a larger catalog of content at a reasonable price. The recent integration of these services with Xbox and PS3 will only facilitate further the conversion of users from illegal to legitimate services, but a complete solution is still a long way off and such services need a large uptake and support in order to succeed. As NMA editor Justin Pearse points out:

This considered, perhaps it would be more worthwhile for the likes of the US (and other) Governments, the MPAA and the RIAA to focus on supporting legitimate services, rather than trying to wipe out the illegal ones. Removing sites such as Megaupload will not stop online pirates, it will function only to push them deeper into anonymous ‘darknets,’ such as the Tor Project. Once people are part of an anonymous service that cannot be tracked, it may be harder to convert them to users of legitimate services. The recent opposition to the SOPA and PIPA bills should act as a warning of the consequences that punitive filesharing legislation could have, such as the increased use of darknets.
Ultimately, it is legitimate streaming services that will reduce online piracy. For the time being, organizations such as the MPAA and RIAA are spending money fighting a losing battle; money that could be better invested in lawful services that would help to bring in more revenue for content creators. Piracy cannot be ignored, but an equally convenient, legal alternative for online video needs to be in place before it is targeted with laws and court cases.
Follow Chris on Twitter: @_chrisw
netflixFBILegislationRIAA
Share
Share