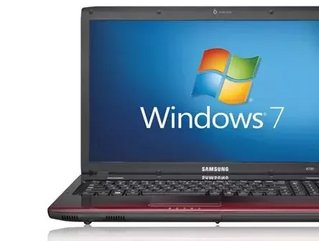 Gartner’s latest PC OS forecast concludes that Windows 7 will become the leading operating system globally with 42 per cent of personal computers using the operating system by end of 2011.  Additionally, the forecast shows that 94 per cent of new computers will be automatically shipped with Windows 7, proving Microsoft has a large hold on the market.

"Steady improvements in IT budgets in 2010 and 2011 are helping to accelerate the deployment of Windows 7 in enterprise markets in the U.S. and Asia/Pacific, where Windows 7 migrations started in large volume from 4Q10," said Annette Jump, research director at Gartner. "However, the economic uncertainties in Western Europe, political instability in selected Middle East and Africa (MEA) countries and the economic slowdown in Japan after the earthquake and tsunami in March 2011 will likely lead to slightly late and slow deployment for Windows 7 across those regions."

Surprisingly, Gartner’s forecast doesn’t see this trend continuing for Microsoft. It predicts that Windows 7 will be the last operating system that shows this worldwide popularity. In the future, says Gartner, corporations will use alternative client computing architectures in a move toward virtualization and cloud computing. The forecast sees this migration to occur within the next five years.

On the other hand, Apple has seen a slight increase in market share with its Mac OS, which saw inclusion on four per cent of new PC’s shipped—up from 3.3 per cent last year. Additionally, Gartner predicts a total rise for the Mac OS to reach 4.5 per cent of the market by the end of the year and reach 5.2 per cent of new PCs by 2015.

"The adoption of Mac PCs and Mac OS is a result of Apple's ability to grow well above the market average in the last 12 to 24 months, thanks to its ease of use from the user interface (UI) point of view and ease of integration with other Apple devices, such as the iPhone, iPad, iPod touch and the existing Apple ecosystem of applications and programs," Ms. Jump said.

Finally, Gartner expects Windows-specific applications to dwindle in lieu of all inclusive OS applications starting in 2012. This prediction, if true, would be beneficial to the Chrome OS and Android as they try to make a break into the highly competitive OS market.