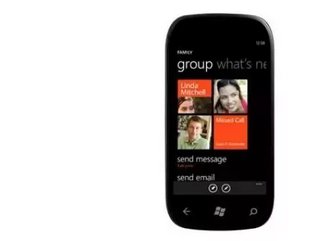 Windows announced Tuesday that its new phone, codenamed the Mango, has been signed off to be released to manufacturing. Windows Phone 7, Microsoft’s new  smartphone is the latest version of the Windows Phone operating system and is expected to be released sometime this fall.

Announced in late May, Microsoft promised the new system would include hundreds of new features that would deliver smarter and easier communications, apps, and Internet experiences.

“When we looked ahead to the next release, we wanted to stay true to the principles of Windows Phone 7 – that software should get out of your way and quickly connect you to the things that matter most,” said Greg Sullivan, senior product manager of mobile communications at Microsoft. “Mango builds on the work that we did in Windows Phone 7 and extends a lot of key scenarios around communications, apps, and Internet experiences – with even more capability and a deeper level of integration.”

This “sign off” by developers also marks the beginning of development for handset and mobile operation for Windows Phone 7.

Some new features announced ahead of the release sound promising. Windows Phone 7’s Conversation View will help users efficiently access their email. Threads, a new feature on the smartphone, aggregates texts, IMs, and Facebook Chat all into one place.  App Multitasking allows for an easier switch between tasks and is said to “deepen integration within the Hubs like Music and Video and Pictures.” And of course, with every Windows Phone, Internet Explorer 9 is pre-installed for web browsing and provides access to HTML 5 websites as well.

These are just a few of the features Microsoft has released. Although there is still no exact unveiling date, Windows Phone 7 will be coming to stores globally this fall.