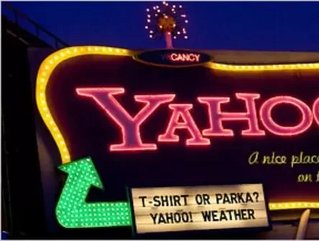 Rumors about troubles for Yahoo have been swirling for over a month, and now it seems they were at least partially true. The company has announced that it will be cutting 2,000 employees as CEO Scott Thompson focuses on “core priorities.”

Thompson, who took the reins at Yahoo in January after leaving PayPal, says that by reducing its workforce by 14 percent, the company expects to save $375 million a year. Yahoo did not specify which departments would be cut, but analysts anticipate that at least some of the cuts will hit the company’s Silicon Valley staff.

Throughout his three month tenure, Thompson has yet to provide a detailed new direction for Yahoo, but he has promised employees that change is on the horizon.

“Today’s actions are an important next step toward a bold, new Yahoo—smaller, nimbler, more profitable and better equipped to innovate as fast as our customers and our industry require,” said Yahoo CEO Scott Thompson in a written statement.

The statement painted a broad picture of Thompson’s plans.

“We are intensifying our efforts on our core business and redeploying resources to our most urgent priorities. Our goal is to get back to our core purpose—putting our users and advertisers first,” Thompson’s statement continued.

Yahoo’s staff was informed of the cuts via memo Wednesday, as the company says it notified employees affected by “job elimination or phased transition.”

“Over the last 60 days, we’ve fundamentally re-thought every part of our business and we will continue to actively consider all options that allow Yahoo to put maximum effort where we can succeed,” the memo read. “Unfortunately, reaching that goal requires the tough decision to eliminate jobs, which means losing colleagues and parting with friends.”

Ultimately, it may be tough for Yahoo to seek upward mobility with a decreased staff and the almost certain morale decline that structural changes and job cuts can cause—particularly because several tech blogs have reported that this week’s cuts are just the beginning of a prolonged wave of layoffs.

“You have to wonder why any employee that is any good would stay at this point,” said Colin Gillis, Analyst for BGC Financial. “Will Thompson have the horses he needs to reach his goals?”

Daniel Loeb, a hedge fund manager whose Third Point firm owns 5.8 percent stake in Yahoo, says that Thompson’s choice to impose layoffs without detailing plans for revenue growth was a bad move for the CEO, who has already distanced himself from the rest of Silicon Valley by suing Facebook over Internet patent rights.

“Many of Yahoo’s senior-level employees and investors have apparently seen enough and heard too little,” said Loeb in a statement.