The Year Of The Wearables 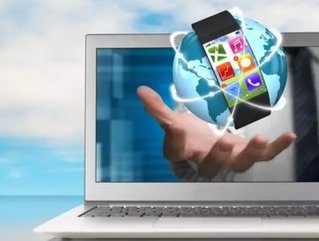 2014 was the year we witnessed the evolution of wearables: a technology that will possibly define the next decade. The highly anticipated release of Apple iWatch in spring of 2015 will most likely ignite a feverish acceleration in this emerging technology. Due to its close relationship to Internet of Things, many foresee wearable technology as a phenomenon with a potential to completely change our world.

Wearables refer to electronic devices that can be worn by a consumer as an accessory or as an article of clothing. These devices have some form of communications capability and allow the user access to information in real time. Basically, the purpose of wearable technology is to create constant, convenient, seamless, portable, and mostly hands-free access to electronics and computers. So far the primary uses for wearable devices are tracking fitness goals, health and sensory augmentation, and injury prevention (Source: Wearable Devices).

You May Also Enjoy:

ABI Research, a technology market intelligence company, believes wearable-computing devices will be the norm within five years. In 2015 we can expect to witness this emerging technology in the growth of smart-watches, in clothing, and the acceleration of the use of wearables in business.

In Canada, Thalmic Labs, is working on gesture-based technology that isn’t yet connected to virtual reality, but can be used for controlling computers, mobile devices and drones with a wave.

MasterCard has invested in the Toronto-based company, Bionym and is partnering with Royal Bank in a project involving the Nymi. Shoppers with a Nymi device will be able to pay for purchases with a tap of their wristband. Using your unique cardio rhythm, or ECG pattern, Nymi wristbands are currently used for identity verification.

Wearable technology was initially focused on creating devices that were centered exclusively on consumers. However lately, in order to improve workplace productivity and the general efficiency of a company, the wearable industry is designing products geared more toward businesses. According to a study by Salesforce.com, wearable tech in the workplace can increase productivity by as much as 8.5%, and it increases employee satisfaction by 3.5% as well. This impact will likely continue to grow as more wearable tech pieces are introduced to the market. Soon companies will need to develop strategies to leverage the next wave of new wearable technology for both their employees and customers.

As the potential uses of wearables in various sectors continue to grow, new opportunities in marketing, development, and even entirely new industries will infiltrate the economy. How we personally and professionally use wearables will continue to evolve as we struggle to improve the privacy, security and the reliability of information from the devices.  So far, the overwhelming response to wearable technology in enterprise and consumer applications indicates that these types of electronics will play a significant role in our world of emerging technologies.