Is your IT department up to speed on IoT? 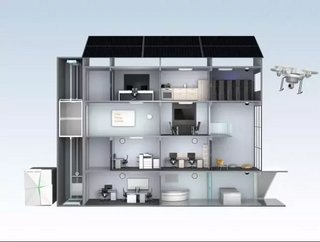 As we all know, the Internet is a connected web of devices, such as computers and servers, which exchange information in order to deliver content. The Internet of Things, or IoT, can be thought of as the Internet being taken out of an enclosed architecture.

IoT can bring together communication channels between a smartphone, a laptop, a desktop, and then Internet-connected devices in the home or office, such as refrigerators, heating and cooling units, copiers and printers, and even watches.

What IoT means for IT
Some expect that the introduction of IoT will require IT specialists to begin thinking about how Internet-connected devices will function almost as if they were artificial intelligence.

RELATED TOPIC: How AOL adapted in tech to survive the winds of change

Now, this isn't AI in the strictest sense, which is where a machine can learn and adapt on its own, but it is AI in the sense that programming, monitoring and maintenance of systems will need to have components of AI built in.

Let's use the case in which someone has their business lighting system connected to the IoT: Each weekday, employees arrive at 9:00am for work however this is not the case on weekends. As such, IT team members need to program the lighting system to automatically turn on during working hours.....but what if a weather emergency permits this?

Well, programming, maintenance and learning now need to factor in local weather emergency management systems to decide whether or not lighting needs to be turned on when no one is coming in due to severe weather.

How IoT affects consumers and businesses
The article 6 things IT needs to know about the IoT mentions that IoT devices need to sell in order to be beneficial to IT professionals who program and monitor said devices, but if these devices are not appealing to the consumer, then they do a disservice through wasted programming time.

An example of this, in recent times, is the Apple Watch, at least in its original iteration.

Let's say you're an IT professional, and upon rumors of the Apple Watch and its dev kit release, you and your coworkers begin to work on a project that allows the Watch to interact with a number of home security systems, business copiers and other IoT devices.

RELATED TOPIC: Can fitness trackers compete with the Apple Watch?

Well, the Watch had not performed well because the consumer has decided it doesn't care or have a need. Now you've wasted time and resources that could have been focused elsewhere.

Before you focus on an IoT project, make sure it will provide a good ROI for all involved, including the consumer.

About the Author: Andrew Rusnak is an author who writes on topics that include Internet technology and futurology.