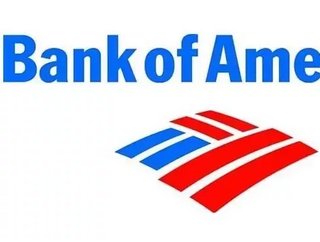 Digital banking is costing massive amounts of jobs, as Bank of America's consumer arm prepares to rid itself of as many as 8,000 employees.

The need for tellers and back-office staff is reducing all the time, but the company does plan to add more sales staff - including loan officers and investment advisors - to improve its processes and customer service.

Visitors to bricks-and-mortar banks have declined steadily, lessening the need for front-of-house staff.

Bank of America has already been forced to reduce its headcount by almost 40,000 since 2009, and its number of retail branches has fallen by around 1,400.

Online, the bank continues to flourish: the number of mobile banking users has now surpassed 20 million - a third of its 60 million-strong customer base - and the division's net income of $1.8 billion in Q1 of this year was up over a fifth from 2015. However, shares are down 21 percent this year - the worst-performing in the KBW index of 24 US lenders.

While most customers are content to use online banking features for everyday transactions, they still visit branches for more complex issues, and the company has stated that for every three tellers that are laid off, two sales people will be hired in their place.