Best American cities to live and work in 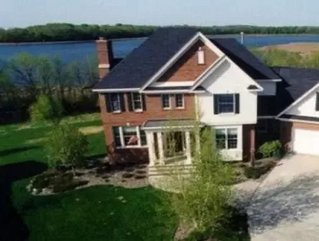 Whether you’re looking to live in the suburbs with your family, live just a five-minute taxi ride away from the downtown hustle and bustle, or live with an ocean breeze in your backyard while soaking in 350 days of sunshine, here are the best neighborhoods not only to live in, but also to work in.

Eden Prairie, Minnesota has an unemployment rate of only 5.1 percent, as of the end of 2010, and is home not only to 64,000 residents, but also to some big players in the employment field. Not only do the Minnesota Vikings call Eden Prairie their home to their practice facility and home office, but other Fortune 500 companies like C.H. Robinson and Starkey Labs also take residence here. The city is also ideal to those outdoorsy adventurers with 125 miles of trails for running, hiking and biking. But if you need your dose of nightlife and excitement, downtown Minneapolis is only 12 miles away.

Ellicott City, Maryland has an unemployment rate of only 5.2 percent and is a favorite among those who are into 18th century architecture and an exciting foodie and music atmosphere. Baltimore and Washington D.C. are no more than an hour away and the National Security Agency and Fort Meade Army base continue to attract employees to live and work in the area. Ellicott City is also known for being one of America’s most affluent vicinities and is located in Howard County, the third wealthiest county in the U.S., according to the Census Bureau. And to all of you baseball historians, Babe Ruth married Helen Woodford at St. Paul’s Church in Ellicott City in 1914.

Austin, Texas has an unemployment rate of 8.2 percent, but is favored among professionals who are in the small business community. Some say the area is brimful of young professionals and hippies trying to make a name for themselves, but somehow, entrepreneurs are working together to support each other and their businesses. Austin is also home to the massively popular South by Southwest festival, where musicians, artists, film makers and emerging tech geeks migrate to for a sort of Woodstock meets Consumer Electronics Show meets Sundance. The University of Texas at Austin is also the breeding ground for those interested in taking over the engineering and computer science industries and the city is also home to offices of Dell, 3M, Apple Inc., Hewlett-Packard, Google, Cisco Systems, eBay/PayPal, Whole Foods and much more. It’s not just the “weird” that are taking up shop in Austin.

Newton, Massachusetts has an unemployment rate of 6 percent and is less than 45 minutes from downtown Boston. Newton doesn’t have a single city epicenter but boasts a conglomerate of 13 “villages,” with many of them having their own downtown area. Last year’s study by Portfolio.com ranked Newton as the second wealthiest urban area in the U.S. and the FBI ranked the city the nation’s safest city in 1999, 2004 and 2005. Newton has also made its mark in American culture by providing Heartbreak Hill for the Boston Marathon, the bed and breakfast location for the movie “Borat,” as well as working with Nabisco to assist in naming the Fig Newton after the city.

Bellevue, Washington has an unemployment rate of 5.8 percent and is the perfect place for those who enjoy their downtown city skyline with a bit of mountain views and lush greenery. Some say Bellevue has more jobs than it does residents and that might be true – especially since Microsoft, T-Mobile, Expedia and Verizon Wireless moved offices into the city.

Washington, D.C. has an unemployment rate of 9.7 percent and is booming in the education, healthcare, science and finance industries. George Washington University, Georgetown University, Washington Hospital Center, Howard University and Fannie Mae are the top five non-governmental employers in the city and there are a handful of Fortune 1000 and Fortune 500 companies taking up residence in the area. D.C. also has the third largest downtown in the U.S. when it comes to office space and falls right behind New York City and Chicago.

Boulder, Colorado has an unemployment rate of 6.2 percent and creates a mixture of the wealthy and the smarties amidst scenic views of the Rocky Mountains, abundant greenery, and brick and mortar businesses. Major employers in and near Boulder include the University of Colorado, IBM, Ball Aerospace & Technologies Corp., Covidien, Lockheed Martin, and many more. Outdoor sports, film festivals, liberal antics and the world-renowned New Year’s Day Polar Bear Plunge have helped the city make its mark.

Huntsville, Alabama has an unemployment rate of 8 percent is home to NASA’s Marshall Space Flight Center and the U.S. Army Aviation and Missile Command, giving the city the nickname, “The Rocket City.” The city’s main economic influence has roots in the aerospace and military technology and the University of Alabama in Huntsville molds the best in the technology and engineering research area. Several commercial technology companies call Huntsville home, such as ADTRAN and Deltacom, Inc., along with more than 40 Fortune 500 companies.