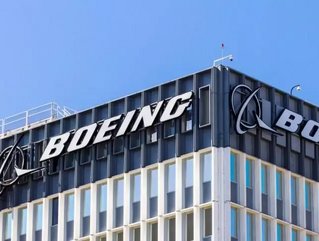 Off the back of President Trump’s recent visit to China, Boeing has announced the signing of a deal with Chinese Development Bank (CBD) Aviation, the global aircraft leasing business of CBD.

With a total of 52 of Boeing’s MAX airliners being sold in the agreement, the total number of MAX aircraft sold throughout the range’s history now exceeds 4,000 – a significant milestone for the aerospace manufacturer.

“Being one of the launch customers of the MAX 10 and bringing the MAX family's orders over the 4,000 milestone further demonstrates CDB Aviation's steadfast efforts to advance its global mission and deliver the latest technology aircraft to current and prospective customers,” said CBD Aviation President and CEO Peter Chang.

Further, the additional sales of the Boeing 787 Dreamliner in the deal reiterates the aircraft’s position as the fastest selling twin-aisle airplane in history.

“The 737 MAX and the 787 Dreamliner are some of the most advanced, most fuel-efficient airplanes in the world today,” Chang continued. “We're confident that the reliability, efficiency and superior economics of the MAX and Dreamliner families will be very appealing to our customers.”

The deal was announced as a memorandum of understanding at the 2017 Paris Air Show, with President Trump also recently highlighting that US firms have secured the sale of 300 airplanes in deals that total a combined value of $37bn in recent times.