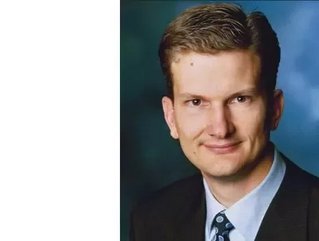 Canada’s accountants are important to the financial industry. For an accounting firm to survive, they must employ the best of the best. With the size of the Canadian Institute of Chartered Accountants (CICA) currently comprised of 77,000 chartered accountants and 12,000 students, it’s clear there is heavy competition. To be at the top of the accounting industry you not only have to have the experience but also the expertise to back your performance. Business Review Canada is taking a look this month at the top Canadian accountants and the firms they help build.

Daryl Ritchie, CEO of Meyers Norris Penny LLP (MNP), got his start in 1978 as an articling student at the firm and has stayed with MNP throughout his career. Holding many senior level executive positions within the firm, Ritchie served as Director of Tax Services, Director of Client Services and Regional Managing Partner for Southern Alberta. In 1998, Ritchie was promoted to CEO and has since led the firm in leadership and growth. Because of Ritchie’s hard work, MNP is now the  seventh largest chartered accountancy and business advisory firm in Canada. Employing more than 2,500 in 50 offices across Canada, it’s clear Ritchie led MNP to new heights.

Alan MacGibbon, Managing Partner and Chief Executive of Deloitte Canada, started with Deloitte & Touche’s predecessor firm, Touche Ross in 1978 and received his chartered accountant certification from the New Brunswick Institute in 1981. Holding prestigious positions throughout his career, MacGibbon became an audit partner in 1989, was leader of the consulting practice in Atlantic Canada in 1992, created the National Management Solutions business for Canada in 1996, became Group Managing Partner of the Growth and Markets Group in 2000 and in 2003 and 2004 was appointed Group Managing Partner for greater Toronto and elected Managing Partner and Chief Executive respectively. Clearly a wealth of experience behind him, MacGibbon was recognized as an expert in the accounting field when he was designated a “Fellow of the Institute of Chartered Accountants” (FCA), the highest honour awarded to Ontario Chartered Accountants.

Chris Clark, CEO and Canadian Senior Partner of PwC, has a thoroughly successful career. Starting at Queens University in Kingston and an MBA from the University of Toronto, Clark is well versed in finance. Practicing in areas of valuations, corporate finance and large corporate restructurings, Clark’s prestige in these areas is what led to his appointment to partner in 1987. By 1995, Clark was made national managing partner of the Financial Advisory Services practice.  His success led to an appointment of CEO, where Clark now leads a firm of more than 4,300 partners and staff. As PwC has been named one of Canada’s Top 100 Employers, Clark believes this proves that the company is getting things right in strategy and focus, specifically on the development of employees through good and tough times.

Bill Thomas, CEO and Senior Partner of KPMG Canada, started his career with a bachelor of Science from the University of British Columbia in 1989. Thomas began at KPMG in 1990 in Audit practice. Quickly recognized, Thomas soon after moved up to become Audit Leader. Before appointment to CEO, Thomas was the Office Managing Partner for KPMG’s Greater Vancouver Area Office where he oversaw 800 employees. Appointed to CEO in 2009, Thomas is now head of the 4,500 employee company. Widely recognized for his successful career, Thomas was awarded Business in Vancouver’s Forty Under 40 award in 2002. In 2010, under Thomas’s direction, KMPG saw marked improvement—growth at double digit rates, specifically in performance and technology, indirect tax and transfer pricing practices.