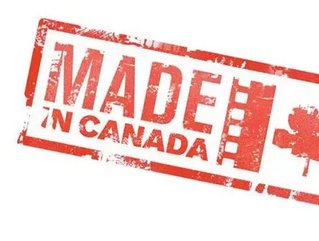 Although many actors, directors and producers are Canadian-born, many did not get their start in Canada due to the lack of Canadian film popularity. As the market is so close to and competes directly with the US, the more popular market brings high competition for Canadian artists. Bringing in only 3.1 per cent of the total Canadian box office in 2010, it’s clear the Canadian film industry needs to step up its game, but the question is: how?

Today, Telefilm Canada’s help and support of the industry has seen slow but steady successes. In its fiscal 2010-2011 year, Telefilm backed films that won 127 awards worldwide.

Although the industry is still relatively small, at least revenue wise, help from governmental funding as well as organizations that support Canadian film has helped the industry grow. In July 2012, Telefilm Canada announced that the Canadian film industry, including both English and French films, is now enjoying greater success at home and abroad. Utilizing its Success Index, Telefilm Canada was able to recognize that its portfolio of funded films had improved 23.7 per cent in 2011 in comparison to 2010. Grossing 11.6 per cent more revenue in domestic box office receipts because of popular movies such as Starbuck, Barney’s Version, Gerry, and Breakaway, the Canadian film industry not only is starting to compete at a higher level, but can also compete on multiple fronts—the Canadian independent film industry currently holds 20 per cent of its category’s domestic box office sales.

Even further, films made in Canada are seeing an increase in recognition. Feature films backed by Telefilm did well in 2011, with 68 receiving festival award nominations and 31 bringing in international awards while 27 grabbed awards in Canada. This is reflected in the fact that Canadian films are also distributing further than ever before, becoming in demand in over 100 countries.

“These results show that Canadian films perform remarkably well outside Canada, and confirm the importance of our new Success Index and its cultural, industrial and commercial approach, which takes into account not just domestic box office but also gross international sales,” said Carolle Brabant, Executive Director of Telefilm Canada. “Encouraging the diversification of revenue sources, including coproduction, is a priority for Telefilm, aimed at helping maintain a strong industry.”