Globe and Mail to Charge for Online News Access 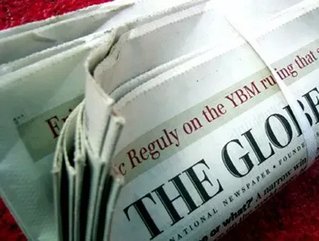 The world of online free Canadian news is shrinking. Following in the footsteps of industry leader the New York Times, The Globe and Mail has made a move toward charging readers for access to the paper’s online content.

Announced to staff in a meeting held by CEO Phillip Crawley, The Globe and Mail’s new metered paywall system will charge readers who read a certain amount of articles per month. The system will be implemented in the fall of 2012 although neither the amount of articles nor the pricing spectrum has been announced.

“We have chosen to go for the big move rather than do it a step at a time,” Mr. Crawley said. “Based on what we see going on in the advertising market, we’ve decided to go for it now. We had already made the decision, it was a case of how quickly we would do it.”

Is the online news industry changing? Are the days of online free content disappearing? Now that most Internet users get their news directly from their social media networks, it’s a wonder how the metered system will be applied with that connection in mind.

With the advertising industry slowly turning towards the Internet as the leading advertising space, it’s almost a surprise the news industry believes that metering their content is the answer.

The Globe and Mail originally planned to implement its new metered system on its Report on Business content, but changed the plan to all content in response to what they claim is an unpredictable advertising market in both print and digital. The Globe and Mail expects this initiative will bring in $85 million additional revenue from its online audience.