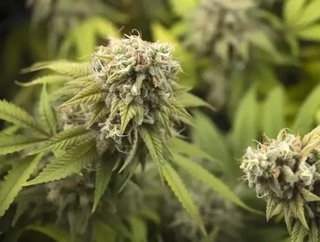 iAnthus Capital Holdings Inc and MPX Bioceutical Corporation announced today the completion of a US$1.6bn merger, by which iAnthus has acquired all issued and outstanding common shares of MPX. Headquartered in New York, iAnthus is an industry-leading owner and operator of  licensed cannabis cultivation, processing and dispensary facilities throughout the United States. MPX is based in Toronto and is a leading commercial producer of cannabis and pharma-grade cannabis-adjacent products in North America.

According to the agreement, holders of MPX Shares received 0.1673 common shares of iAnthus for each MPX Share held, representing a premium of 30.6% based on the closing price of iAnthus and MPX Shares on October 17, 2018. In addition, each MPX shareholder received common shares of newly formed MPX International Corporation, which holds all of the non-U.S. cannabis businesses of MPX.

Following the incorporation of MPX into iAnthus and MPX International, the company has operations in 11 states that will permit iAnthus to operate 63 retail locations and 15 cultivation/processing facilities. As a result of the business combination, iAnthus has added retail and/or production capabilities in Arizona, Maryland, Nevada, California, Massachusetts and New Jersey. These additional licenses complement iAnthus' existing assets in New York, Florida, Massachusetts, Vermont, Colorado, and New Mexico.

The new operation has the potential to reach 121mn customers. "As early pioneers in the licensed cannabis sector in Arizona, Nevada and Maryland, MPX is extremely excited to join forces with iAnthus as we create the multi-state operator that will define this burgeoning industry. We plan to add the power of our market leading product, retail and wholesale experience to the iAnthus platform." said Beth Stavola, Chief Operating Officer of MPX.

"2019 will be a transformative year for iAnthus, with the closing of our business combination with MPX being a crucial step forward. As the U.S. cannabis market continues to expand with increasing consumer and regulatory acceptance, iAnthus will continue to execute and provide the quality products and brands that our customers demand. As demonstrated with our 2018 acquisitions in Florida and New York, and now with the closing of our MPX transaction, the iAnthus team continues to demonstrate its focus on growing its platform and operations." said Hadley Ford, CEO of iAnthus.