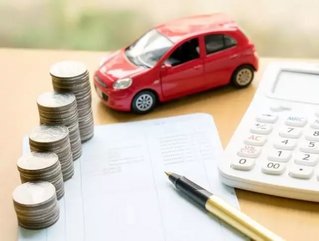 Scott Powell will now take on the role alongside his current job as chief executive of Santander’s U.S. holding company, as the bank looks to put a difficult few years where it has incurred regulatory penalties and had to deal with a number of lawsuits.

The company has underlined that the appointment of Powell, who is head of parent group Banco Santander's US operations, is about a change in leadership but not in strategy.

SC USA wants to put lay past mistakes, such as the errors in accounting for loans bought at a discount from car dealers between 2013 and 2015, to rest.  Santander’s US holding company claimed an unenviable record by becoming the first bank to fail the annual stress test carried out by the US Federal Reserve for three years in a row in June of last year.

The subprime car loans business accounts for the majority of the company's US assets and given that its share price almost halved in Kulas' time in charge, his departure doesn't come as a huge surprise.

Powell already knows SC USA very well as a business and is ready to hit the ground running.  On a call with analysts at the beginning of this week, he said: “We’ve got to make sure we’ve got ourselves positioned in the market so our profitability reflects those changes.  That’s our biggest challenge for the next 12 months.”

"I know the team well as part of the process of forming the strategy for the company and the key initiatives that we’re working on.

“It’s a strategy that the team here has been working on as well as the team in Boston for the past few years.  The focus has been bringing stronger risk management to bare, building out our consumer practices and compliance, and building a customer focused culture.”