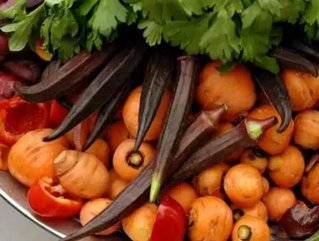 The Slow Money movement is coming to San Francisco this October and will bring together local food entrepreneurs, sustainable living leaders, investors and the public to the Third Annual Slow Money National Gathering. On October 12 to October 14 at the Fort Mason Center on the San Francisco Bay, the event will feature investment opportunities to those interested in rebuilding local food markets and allow attendees to talk shop about how the food industry can play a role in fixing the economy.

“In the 21st century, investing is not only about markets and sectors and asset allocation,” states Slow Money Founder and former venture capitalist Woody Tasch, “In a world that is speeding up and heating up, losing its soil and losing its sense of common purpose, investing is also about reconnecting and healing broken relationships. What could make more sense than taking a small amount of our money, turning in a new direction, and putting it to work near where we live, in things that we understand, starting with food."

More than 1,000 people from 34 states and foreign countries attended Slow Money’s first two national gatherings, held in Santa Fe, NM and Shelburne Farms, VT, and more than $4.25 million was invested in small food enterprises that participated. The Bay Area has successfully paved the way throughout the nation as a leader in the local foods movement, so a West Coast venue made perfect sense for this year’s event.

“Problems in the global food system parallel those in the global financial system,” observes Slow Money Founding Member Judson Berkey of UBS.  “Investing in small food enterprises begins to fix many of the problems, quite literally, at their roots.”

Among this year’s list of 100 prominent speakers and educators will be David Suzuki, the award-winning host of CBC’s “The Nature of Things;” environmentalist Vandana Shiva, named one of world’s most influential women by Forbes Magazine; Wes Jackson, founder of The Land Institute; Melissa Bradley, CEO of Tides Foundation; Leslie Christian, CEO of Porfolio 21; and several successful food and wine industry professionals including Ari Derfel, Paul Muller, Anthony Nicalo, and Teddy Stray.

Cost is $595 for individuals, non profits and startups and $895 for professional investors, and philanthropists.  Farmer and student discounts are available and Slow Money members receive a 10% discount. Further details and registration forms can be found online at www.slowmoney.org/national-gathering/.