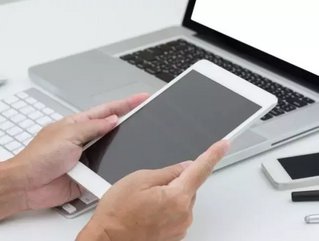 A new survey reveals that only one quarter of procurement professionals believe their procurement system makes them much more productive.

Inefficient procurement tools are costing businesses in the United States and Canada more than $1.5 billion per year and wasting more than 32 million man-hours, according to a new survey conducted by The Topline Strategy Group. The report, sponsored by SciQuest and titled ‘Optimizing Your Sourcing and Procurement: Five Simple Rules,’ found that just over one quarter, or 28 percent, of sourcing and procurement professionals believe their procurement system makes them much more productive.

With North American companies spending more than $1.4 billion on enterprise software applications in 2013, according to Gartner, this amounts to a massive productivity gap eating away at bottom lines. Topline Strategy surveyed 241 sourcing and finance professionals at more than 200 U.S. companies with $500 million in revenue to determine the steps organizations can take to achieve a positive return on their procurement investment.

The findings indicate that ineffective procurement systems have an impact that goes beyond hard costs. Sixty-eight percent of respondents who said their procurement systems do not make them more productive said that they would use the time lost to inefficiency to find more savings opportunities. According to the report, “they would also use that time to guide purchasers on making better choices, to get more spend categories under contract, purchase more cost-effective items and get more bids per tender.”

“When sourced and implemented correctly, procurement systems represent an opportunity for organizations to drastically reduce costs, improve process efficiency and gain visibility into spending decisions,” said Mark Digman, Senior Vice President of Marketing at SciQuest. “This research from The Topline Strategy Group indicates that most organizations are falling well short of these transformative benefits. The concept of turning spending into a source of savings takes some getting used to, but it’s an idea that more purchasing and sourcing professionals need to embrace.”

Based on its survey, The Topline Strategy Group report outlines five simple rules for organizations interested in maximizing the return on their investment in procurement systems. These rules include: