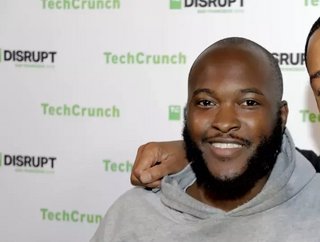 From tennis players Serena Williams and Andy Murray to actors Will Smith and Leonardo DiCaprio, these six celebrities are stars in tech startup investment

Having made their millions in the celebrity spotlight, an increasing number of celebrities – from athletes to actors – are getting smart to the potential of investment in tech startups.

While some have been investing for a long time, even launching their own VC firms, others have more recently got in on the tech startup action putting their celebrity earnings into exciting startups, from fintech to foodtech to healthtech.

From actors Will Smith, Leonardo DiCaprio and Ashton Kutcher to athletes Serena Williams and Andy Murray, we profile six of the world’s most prolific celebrity investors. As the owner of venture capital company, Dreamers VC, which brings together Japanese corporate investors and early-stage US startups, actor Will Smith has made a number of high-tech investments.

Most recently, in October 2021, Smith participated in a funding round of Arc, a 10-month-old startup developing electric watercraft including a limited-edition US$300,000 boat. Celebrity rapper Sean ‘Diddy’ Combs’ Combs Enterprises also joined the funding round. And in September 2021, he joined the US$4m funding round for fintech startup Front, a strategic investment platform and companion app to Robinhood, Coinbase and Stash, that helps guide better investment decisions for new investors. While Ashton Kutcher is better known as a Hollywood actor, the former biochemical engineering graduate and Lenovo product engineer is also a serial investor, co-founding in 2010 a tech-focused VC firm A-Grade Investments. He made early bets on Uber, Airbnb Spotify and Skype, turning US$30m investment into US$250m, according to Forbes, before founding investment firm Sound Ventures in 2015, a firm focused on early-stage to growth and late-stage startups.

Kutcher has made dozens of investments in tech startups. Via Sound Ventures, he has invested in micro-mobility startup Bird, navigation app Moovit and trading app Robinhood. He’s participated in a US$17m funding round for HR management software startup Gusto; backed Berlin insurtech startup Wefox and joined with singer Harry Styles and other investors in raising US$1bn for the meditation and sleep app, Calm, now a unicorn. Most recently, Kutcher has provided funding for enterprise software startup MOLTEN and Superhuman, an email client solution, which attracted a star-studded investment cast including Will Smith. Having launched San Francisco-based VC firm Serena Ventures in 2014 to back early-stage companies, tennis star Serena Williams has become known for investing in startups that support women and minority communities. Many of her investments have been in the tech sector with a focus on education, health and financial equality.

She also joined actor Will Smith and other investors in raising US$11m edtech startup Flockjay, a bootcamp startup that retrains jobseekers from non-traditional and under-represented backgrounds. The actor also recently participated in a US$44m funding round for calendar-based social platform Saturn. Struggling to reestablish himself on the professional tennis circuit after injury, British athlete Andy Murray is tapping into the tech investment game instead.

Murray has invested in more than 30 startups via a UK-based crowdfunding platform, Seedrs, a move that has landed him an entry on to a Celebrity Investments Index from money.co.uk. These include investment in charity tech startup GoodBox, a business that helps charities accept contactless donations via card-reading donation boxes; and in ‘doctor on-demand platform ZoomDoc.

The former world number one is also putting his hard-earned money into a number of fintechs. In 2017, Murray backed digital bank Revolut; the following year, he participated in a US$1.6m funding round for mortgage lender Landbay; and more recently, backed invoice financing platform Investly, a marketplace that connects investors to companies that need short-term capital. Already known for his philanthropic work on environmental issues, the Oscar-winning actor is also an avid startup investor. Over the last decade, he has invested in a number of startups, including leading a US$3m funding round for social mobile photo and video sharing app Mobli, which no longer exists.

And while DiCaprio does back non-tech startups, particularly those in the eco sphere, having invested in alternative meat manufacturer Beyond Meat, more recently, he has turned his attention to tech startups.

As well as participating in a US$4.5m Series round of funding for software startup Qloo, which uses AI to understand taste and cultural correlations, the actor has backed recycling technology developer Rubicon, joining Goldman Sachs in a US$50m funding round in 2016, as well as in New York-headquartered Magnus, an app that bills itself as a Shazam for art. His latest investment is in Foodtech Dutch company Mosa Meat which produces meat from lab-cultivated animal cells.

Last year, in a commitment to help build LA into a tech development powerhouse, DiCaprio made a significant investment in Struck Capital, which supports founders who leverage tech to tackle the world’s biggest issues.