US IPOs: Which young companies are looking to become publicly traded 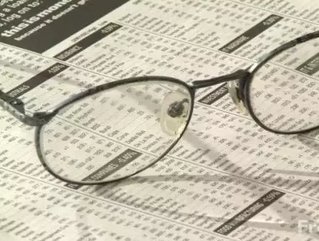 For most entrepreneurs with young businesses and high hopes, “going public” is always on the back burner, yet one of the greatest achievements a business can endure. Investors, too, are constantly on the prowl for promising businesses approaching the market for the highest bidder. Here are some businesses who are issuing common stock and shares to the public this quarter.

Toys ‘R Us
While there was chatter that the toy giant Toys ‘R Us would go public in 2010, the retailer will most likely go public in 2011 because of the slow economic recovery and the large probability that the company won’t be able to get top dollar for what it’s worth. The company, which went private in 2005, plans to return to the public markets and hopes to raise $800 million and would make for the largest retail IPO since discounter Dollar General Corp. raised $824 million in its sale last November. Proceeds from the IPO will be used to pay down their more than $5 billion debt and for other general purposes.

LPL Investment Holding Inc.
Boston, Mass.-based LPL Investment is the holding company for LPL Financial, one of the largest brokerage firms in the nation and offers technology, infrastructure, training and research, along with stocks, bonds, mutual funds, and other investment products to approximately 12,000 independent financial advisors across the U.S.

Richmond Honan Medical Properties, Inc.
Atlanta, Georgia-based Richmond Honan Medical Properties, Inc. is a self-managed real estate company that acquires, develops and manages medical office buildings for physicians and specialty clinics. The company filed to go public in 2010 and upon the closing of its offering, will plan to own interests in 30 U.S. medical office properties in 10 different states, with more than 1.5 million leasable sq. ft.

NEW IPOS ON THE BLOCK

Tranzyme Pharma
Durham, North Carolina-based Tranzyme Pharm is one of the newest companies to hit the IPO train and develops drugs that treat gastrointestinal motility disorders, which are conditions that disrupt the normal movement of food through the GI tract. The company filed for an IPO in November to raise $75 million.

FXCM, Inc.
FXCM, Inc. is an online provider of foreign-exchange currency trading and began public trading in November in an IPO that could raise more than $200 million. The company is offering nearly 15.1 million common shares, priced between $13 and $15 a piece. FXCM Inc. says it intends to use a portion of the offering proceeds to buy stakes in the company from its existing owners, including senior managers.

Casino company, Harrah’s Entertainment Inc. folded on a planned $500 million IPO back in November when they got cold feet for the fear of difficult marketing conditions. The IPO was scheduled to sell 31.3 million shares at upwards of $15 to $17 per share. Funds generated would have generated been filtered into new casino developments and paid off a portion of its $20 billion debt. Harrah’s had more debt relative to cash flow than any private equity-backed company that sold shares last year, except for one company.

Many industry experts have said that Harrah’s withdrawal from the IPO suggests that investors are still wary about taking on private-equity IPOs of portfolio companies that are highly leveraged or whose outlook is too dependent on the health of the economy. Bigger companies, like Harrah’s Entertainment and Toys ‘R Us, need to confirm that they can still boost their revenue and profits, even though the current economy is unstable.