Who are Canada’s richest people? 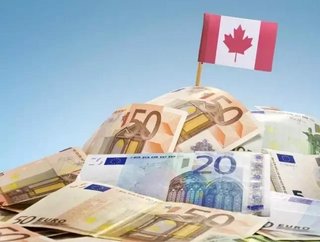 Canadian Business has put together its 17th annual ranking of the wealthiest individuals and families in the country. We summarised it's findings:

David Thomson is the chairman of Thomson Reuters. Gains at Thomson Reuters were an important factor in the $6 billion increase the family saw in their collective net worth over the past year.

The 74-year-old chairs George Weston Ltd. a food-processing and distribution company founded by his grandfather in 1882. He also owns a range of department stores, which includes Selfridges and Holt Renfrew.

Garret Camp and his friend Travis Kalanick invented Uber. The firms valuation is close to US$70 billion.

Rogers Communications increased its share price this year by negotiating a $465-million deal for rival Mobilicity and acquiring unused wireless spectrum from Shaw. The Rogers also own the Toronto Blue Jays.

Irving oil is run by fourth generation Irvings. Jim Irving heads the forestry and the shipbuilding arms, while Sarah Irving has just been installed on the executive team of Irving Oil. The firm is undertaking a $200 million maintenance project at its Saint John refinery.

Pattison is known as the man who saved Expo 86 and helped get the 2010 Olympic bid finalised. He is the CEO of the Jim Pattison Group, the second largest privately held company in Canada

Giuseppe Saputo founded Saputo Inc., A Montreal-based dairy company, in 1954. Now, his grandchildren run the $12-billion multinational corporation today, which is one of the top 10 dairy producers in the world.

James Richardson & Sons Ltd. started off selling grain, and 158 years later has ventured into financial services and oil and gas.